Pandemic Leads to Early Prisoner Release, But Finding Housing for Them...

David Howard King - May 11, 2020
As the infection rate at jails in places like New York began to climb, officials started looking for criteria to use in determining which inmates could be released. Then they ran into a familiar but now heightened dilemma.

Making Loans to Help Formerly Incarcerated People Get Back on Their...

Amanda Abrams - April 20, 2020
CDFIs and nonprofits are figuring out how to help formerly incarcerated people build credit histories and access capital in order to get their lives going.

A Fair Chance at Housing For Those With Records

Gianna Baker and Kristin Ginger - April 13, 2020
If you have an arrest or conviction record, you’ll most likely have a difficult time finding a place to rent. A new law in Cook County aims to protect potential tenants from housing discrimination.

Art that Amplifies the Stories of Formerly Incarcerated People

Shelterforce Staff - April 7, 2020
Art that highlights the effects of long-term sentencing and the need to support and expand services for those who are reentering society.

Reaching Out to Voters in the Justice System

James Anderson - March 23, 2020
Many people lose their right to vote while incarcerated and don’t regain it after their sentences are over. There are many more people involved in the justice system who can vote but don’t know it. Communities could increase their political power if they could reach these voters.

Miriam Axel-Lute - March 2, 2020
Chances are high that community developers are working in areas and with populations that are being strongly affected by overpolicing and hyper-incarceration. In this issue we take a look at that intersection.

A Home After Prison: There’s No Place Like Homecoming

Terah Lawyer - November 4, 2019
Formerly incarcerated people are nearly 10 times more likely to be homeless than the general public. The Homecoming Project imatches those returning home with a community host for six months.

Maggie Loesch - November 13, 2018
A Philadelphia program is cleaning up abandoned lots, helping formerly incarcerated residents get jobs, and improving the overall health and well-being of neighborhoods.

Shelterforce Staff - February 4, 2016
Shelterforce got a chance to speak with Secretary Julian Castro about some of the current ways in which he’s working to make HUD a force for good in people’s lives, and what steps there are left to be taken. 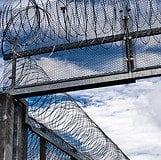 Where are people returning to the community from prison supposed to...

Miriam Axel-Lute - February 21, 2013
The United States is incarceration happy. Our incarceration rate is five times as high as comparable countries, and has been the highest in the...