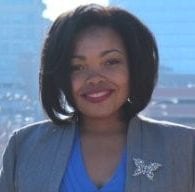 Schlonn is CEO/publisher of Shelterforce. She has more than 15 years of experience in publicity, media training, community relations, and strategic planning. She earned her bachelor’s degree in mass communications from Delaware State University. Before joining Shelterforce, Schlonn was director of Delaware’s Campaign for Grade-Level Reading—Get Delaware Reading, responsible for driving collective impact to ensure more children in low-income families are reading on grade level to help them achieve long-term educational success. Previously, she was one of the directors in the marketing and communications department at United Way of Delaware where she used digital technology to creatively shape the story of the organization. She also led Delaware’s only one-day giving campaign yielding more than $800,000 of unrestricted dollars for the nonprofit sector. She’s adept in creating the brand experience through social media and has facilitated trainings for hundreds of nonprofits. Before her tenure at United Way, Schlonn was the leader of external affairs at YWCA Delaware, where she managed internal and external communications for this statewide nonprofit organization, which serves over 6,000 individuals each year. In addition to managing communications for the agency, she educated executive management and staff on the organization’s brand and served as an essential component of the Institutional Advancement team, leading the organization in marketing and development strategy. An active mentor and volunteer in her community, Schlonn serves on several boards. She also is a certified Musical Theatre professional (a graduate of American Musical and Dramatic Academy in New York City) and uses her training as an instructor at a local dance studio.

Miriam has been the editor of Shelterforce since 2010. She was previously on staff at Shelterforce from 1997 to 2002 and freelanced for the magazine in the interim. She has also been the news editor of a weekly newspaper, an opinion columnist, freelance editor, parenting blogger, performance poet, urban planning student, and community development consultant. Miriam is based in Albany, New York. 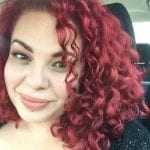 Lillian has been with Shelterforce since 2016. Her background is in community journalism, where she spent more than a decade covering New Jersey municipalities. Before joining Shelterforce, she was the editor of the Verona-Cedar Grove Times, an award-winning newspaper that was named the Best Small Weekly in the state by the New Jersey Press Association (NJPA) from 2012 to 2015. Throughout her tenure, she’s earned dozens of awards for her reporting, layout and design, and photography. Along with her work at the Times, Lillian has also reported for several other newspapers in the Garden State, and freelanced for Universe Today. 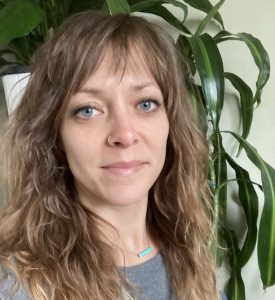 Shelby R. King has joined Shelterforce as our first investigative reporter. King, now based in Ft. Collins, Colorado, started her journalism career covering public safety and then affordable housing in the Pacific Northwest. “My lived experience as a low-income, single-parent renter is just one of the reasons I am thrilled for this opportunity to work with Shelterforce,” she says.

Lara joined the Shelterforce team in 2023. She has a background in health reporting, including for What to Expect, and she attended the health and science program at the Craig Newmark Journalism School. Lara’s interest in social justice issues, particularly the intersection of health and housing, led her to Shelterforce. She is based in New York City but is originally from the Bay Area in California.

Elizabeth Sheedy, assistant editor/copyeditor, worked for many years at The Montclair Times, as a reporter, columnist, copyeditor, and managing editor. Before joining Shelterforce, she was associate editor of Montclair Local, a print weekly. She is a member of the American Copy Editors Society and of the Society of Professional Journalists; she served for five years on the board of the SPJ New Jersey Pro Chapter. Elizabeth’s work has been recognized by NJPA and NJSPJ with awards for feature, arts, and column writing; enterprise reporting, and page design, among other categories.

Sam is Shelterforce’s operations manager. She comes to Shelterforce from the retail industry, where she gained experience in customer relations, communications, and management. Her passion lies in the social justice sector.