In 2015, I attended a presentation by some planners who were working on my city’s first comprehensive plan, and I asked them about accessory dwelling units. ADUs are smaller, separate rental living spaces on a single-family lot—they could be attics or basements, converted garages, or stand-alone backyard units. They are seen as a way to increase density, create more economically diverse neighborhoods, expand low-cost housing supply, and stabilize lower-income homeowners with a new income source.

Here’s how I described the response from the Albany planners in a column I wrote for the local alt-weekly newspaper:

“Don Elliot from Clarion Associates, who was leading the meeting, was very positive about ADUs (Clarion’s documents already recommend approving them). He noted that people are often worried about them, but that they have been widely approved and nowhere has ever actually experienced any adverse effects from them. No one really notices they are there.

Ironically, however, he said they are ‘never’ approved in the wealthiest neighborhoods, even though those are usually the areas with the most space to put them, and the most need for some affordable units. He said this in a ‘What can you do? People are just like that. Too bad’ kind of tone.”

Despite his discouraging commentary, I’m pleased to report that the resulting plan did allow for ADUs citywide, though not as a use by right—each one still requires a zoning clearance. And perhaps that’s where Elliot’s pessimism about approvals comes in. There certainly hasn’t been any particular wave of ADU construction.

Our new series—ADUs Explained—helps illuminate some of why that might be. ADU ordinances have been quietly popping up all over the country, spreading from the West Coast where they’ve been long established. But achieving the potential benefit of widespread ADUs is not as simple as making ADUs legal. (Nor is making ADUs legal necessarily simple either, whether in terms of policy details or political will.) Additional restrictions within the planning code, inconsistency from town to town, and financing challenges all play in to how many actually get built.

In this Under the Lens series, investigative reporter Shelby R. King teases out the details, showing us what ADUs are, some of the major policy considerations in legalizing them, how they get built and financed and how more of each could happen, and what role they can play in our affordable housing landscape. 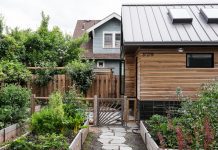