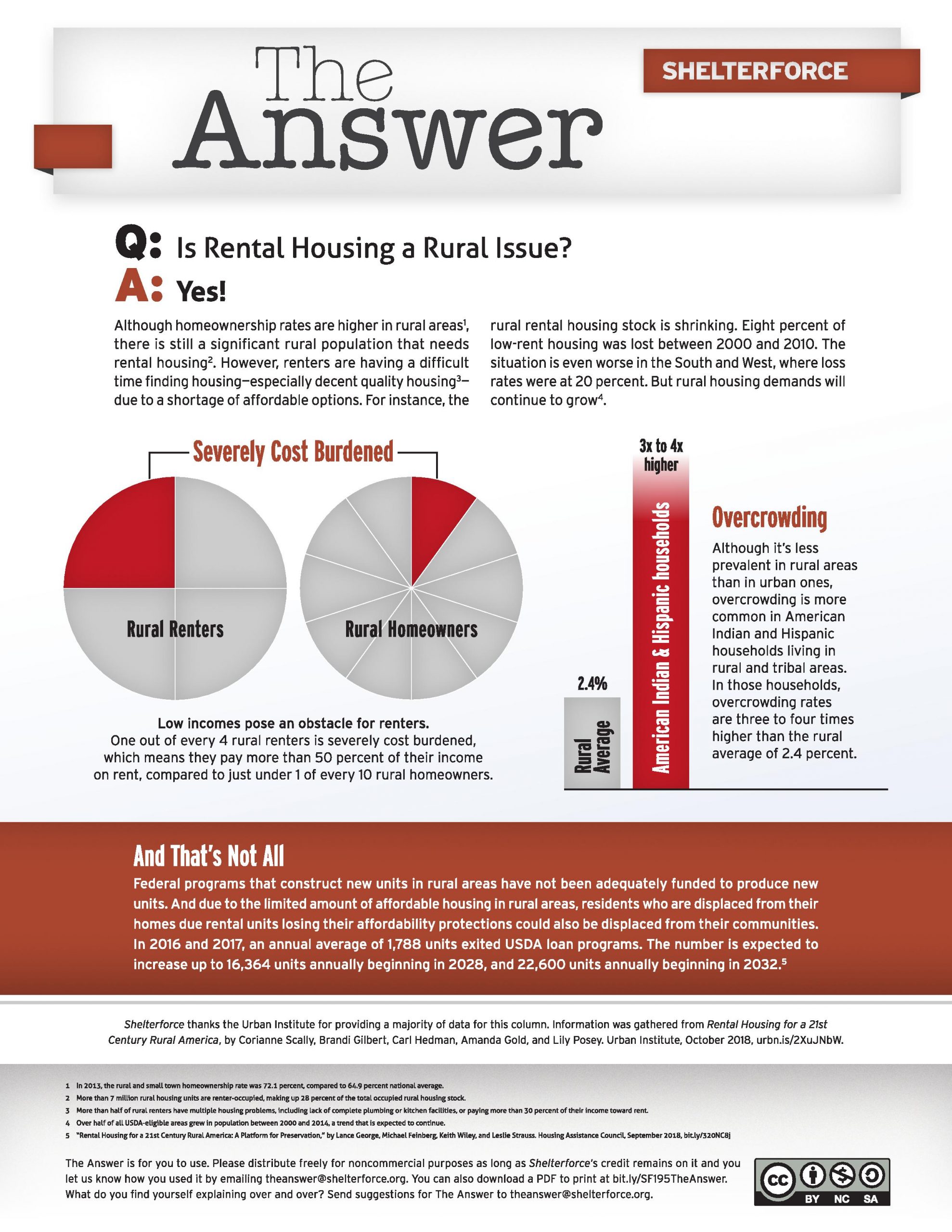 A: Yes! Although homeownership rates are higher in rural areas[1], there is still a significant rural population that needs rental housing[2]. However, renters are having a difficult time finding housing—especially decent quality housing—due to a shortage of affordable options. For instance, the rural rental housing stock is shrinking. Eight percent of low-rent housing was lost between 2000 and 2010. The situation is even worse in the South and West, where loss rates were at 20 percent. But rural housing demands continues to grow—rural renters are expected to grow to 5.6 million by 2020.

Another issue: Federal programs that construct new units in rural areas have not been adequately funded to produce new units. And due to the limited amount of affordable housing in rural areas, residents who are displaced from their homes due rental units losing their affordability protections could also be displaced from their communities. In 2016 and 2017, an annual average of 1,788 units exited USDA loan programs. The number is expected to increase up to 16,364 units annually beginning in 2028, and 22,600 units annually beginning in 2032.[3]