The State of Permanent Affordability

Miriam Axel-Lute - May 7, 2018
In the face of accelerating gentrification, along with ongoing speculation and eviction, the idea of putting a substantial number of homes outside of the reach of the speculative market has been gaining momentum across the country.

A Low-Cost Ownership Oasis in a Desert of Apartment Unaffordability

David J. Thompson - May 7, 2018
When this limited-equity cooperative in California began more than 30 years ago, it wasn’t the most affordable place to live. But now the co-op’s monthly costs are 50 percent lower than the average market-rate apartment.

Jackie Keogh - April 3, 2018
A Portland policy gives priority for housing funded by the city’s housing bureau to residents who were displaced, are at risk of displacement, or are the descendants of families who were displaced due to urban renewal in North and Northeast Portland neighborhoods.

The Cultural Ramifications of Gentrification in New Orleans

Blights Out - August 23, 2017
Gentrification is not just physical displacement; it’s cultural appropriation across entire neighborhoods. Artists have an obligation not to participate.

Interview with George McCarthy, President of the Lincoln Institute of Land... 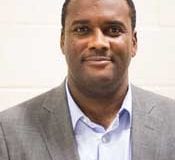 Dana Hawkins-Simons - July 18, 2014
Probably no one in the country is in a better position than Tony Pickett to talk about efforts to include long-term affordable housing in two of the nation’s largest Transit Oriented Development (TOD) ventures: Denver’s FasTracks plan, and Atlanta’s Beltline project.

Shelterforce Staff - January 1, 2002
Communities across the country have taken up the CLT model to confront challenges from gentrification and sprawl to pollution and abandoned housing.

Sarah Hovde and John Krinsky - March 1, 1997
The large, foreclosed HUD-subsidized building on Stamford's West Side had once housed over 60 families, but in 1993 stood vacant, a hulking eyesore with...