Ecovillagers Alliance is a nonprofit initiative of educators, organizers, systems engineers, and storytellers. We came together from a crazy quilt of past attempts to establish community control of land and buildings by different models—co-ops, land trusts, co-housing, communes—none of which quite addressed the inhumane realities of modern urban real estate. So we went back to the drawing board to ask: what instrument of neighborhood real estate stewardship would be democratic, just, and sustainable?

Now we are organizing a real estate investment cooperative for the Mid-Atlantic region of the United States, with the exclusive purpose of incubating, funding, and assisting what we call “community land cooperatives,” at a micro-neighborhood level of roughly one-half to one city block. Each community land co-op, similarly to a community land trust, will serve as a permanent owner of the neighborhood’s land and buildings, removing them from the speculative marketplace. The community land co-op provides a way for residents (and community businesses) to own shares instead of properties and to access a unified, holistic decision-making process around development, management, and rents for homes and commercial spaces sharing the block.

Ecovillagers recognizes that economic vitality is an essential aspiration for any neighborhood. However, we reject methods of economic development that cause harm to existing communities and ecologies. In particular, we reject the treatment of land parcels and commercial and residential building units as commodities to be individually bought, sold, and owned.

So-called “free-market” real estate development awards the most profits to transactions that externalize the most costs. And when the constituent parts of a neighborhood are freely traded as a commodity, concerns of the community at large can always be externalized. Therefore, economic development in that neighborhood cannot help but reinforce status-quo inequities. It perpetuates systemic racism, classism, and anthropocentrism. No matter how enlightened some individual property owners or municipal policies may be, as a system this approach ultimately erases the habitat, built collective memory, and place-based social fabric of less-privileged communities—including communities of color, communities whose labor is less valued, and the community of plants, animals, and ecological processes upon which all depend.

This understanding of the forces reshaping our cities—combined with an urgent awareness of the ways in which our economic, political, and cultural systems devalue and degrade physical ecosystems along with social ones—undergirds our commitment to a restorative and regenerative model of neighborhood development.

We believe in shared equity, to ensure all residents and enterprises within an ecovillage neighborhood have the means to build wealth, to enjoy the dignity of ownership, and to manage periods of economic instability.

We believe in hybridized renter-ownership for all, because it is not the fleeting purchase and sale of property, but the ongoing use and adaptation of property to meet human needs that produces real social and economic value.

We believe in cooperative decision-making at a neighborhood level, because this is the scale at which grassroots participants can know, through direct relationship, the people and the built and natural systems with which we share our daily habitat.

We believe in cooperative accumulation and investment of capital, as a democratic alternative to the system of private banking and realty and public planning and funding, which generates profit (for a few) from the so-called “creative destruction” of communities, buildings, and habitat. 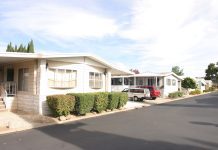