Fernando Marti, Peter Cohen, Kim Tavaglione, and Danich Ho - April 22, 2022
With notoriously high housing costs in San Francisco pushing workers across occupations out of the city and into long commutes, the value of alliances between housing advocates and labor organizers are becoming increasingly clear.

Stephanie Reyes and Ruoniu Wang - October 28, 2021
Three city administrators go beyond the press releases to talk about what it really takes to make an inclusionary housing requirement serve households of color.

The State of Permanent Affordability

Miriam Axel-Lute - May 7, 2018
In the face of accelerating gentrification, along with ongoing speculation and eviction, the idea of putting a substantial number of homes outside of the reach of the speculative market has been gaining momentum across the country.

The State of Shared-Equity Homeownership

Emily Thaden - May 7, 2018
Though the need is greater than ever for resale-restricted, affordable homes, the growth of this model of homeownership appears to be limited.

Stephanie Reyes - May 7, 2018
The time to strike isn’t when the iron is hot. Cities in soft or mixed markets should adopt inclusionary housing policies before the housing market heats up and the process becomes even more challenging.

In California, a Victorious “Fix” for Inclusionary Housing

Zach Murray - November 29, 2017
It’s time for more states to do what it takes to pass enabling legislation for inclusionary housing, adding this valuable policy tool to the fight for more affordable housing opportunities.

The Real Reasons Affordable Housing Isn’t Being Built in California

Murtaza Baxamusa - June 21, 2016
The meager supply of affordable housing is a major contributor to housing's high cost, yet the policy tools to address the shortfall often seem to worsen the problem. But this is because they ignore the underlying infrastructure and financing to support growth.

Shelterforce Staff - October 21, 2015
A: No, they do not. Market-rate developers are business people. They charge as much as the market will bear. When housing prices go up . . .

Shelterforce Staff - June 19, 2015
A: No! Research shows that hasn't been the case. And here's what local officials in places that have implemented it had to say . . . 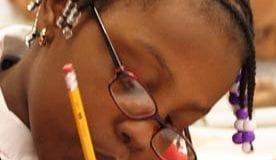