Calls for racial equity and justice in 2020 led to a turning point for CDFIs (community development financial institutions), pushing us beyond counting the number of homes or businesses that we support toward actively changing the narrative for Black and brown families in the U.S. Our field has made strides to reassess our businesses and products and to intentionally focus on fighting racial disparities. However, one place where we are falling short is embracing the same equity goals within our own organizations.

When the National Housing Trust (NHT) began a racial equity self-assessment two years ago, one of our first steps was establishing transparent pay practices, beginning with our hiring practices. We shared salary ranges in job postings, including the minimum, median, and maximum an employee or candidate could expect to earn, based on organization-wide pay scales. To set benchmarks for our approach, we recently compared our journey with our peer CDFIs with a national footprint, and were surprised at what we found. Based on internal research, of 14 other national CDFIs considered, only three consistently list salary information in job postings.

But pay discrimination doesn’t happen at CDFIs, right? We are mission-focused, impact-oriented, and value equal pay! As it turns out, studies have shown that companies that value meritocracy often perform worse with pay equity because they don’t practice what they preach. Their own internal policies do not align with their public-facing statements regarding pay. Leading with a pay scale holds an organization accountable to standards for how employees are valued and compensated for their work. Further, the practice is becoming more routine in other industries as including salary ranges in job postings is already required in Colorado, Connecticut, and, as of April 2022, New York City.

Pay transparency is key to creating an equity-led workplace that fosters trust and fairness among employees. NHT’s director of lending, Alex Cabral, started work in June 2021. When asked why she chose to work at NHT, she said that the inclusion of salary bands jumped out at her in the job posting. When looking at other positions, she said, “the exclusion of a salary range altogether tells me that an organization lacks transparency, maybe in more than just this aspect. It tells me that the pay scale is not shared with employees and that there may be some bias in the hiring process if the organization is unwilling to share how it values its staff positions.”

For most organizations, including ours, this level of openness is not how things have typically been done. Salary transparency can be difficult for nonprofits. Some are anxious about being perceived as paying too high or too low; others fear that candidates will feel cheated if they are not offered toward the top of the scale and that current employees will feel upset if they were not hired or do not currently fit within the pay scales. It’s awkward to talk about pay, let alone publishing it for all to see. These concerns are valid but manageable (they can even open the door to important conversations!) and pale next to the benefits transparency offers in the hiring process, establishing trust with a new employee, and company culture.

The single most important reason to adopt compensation transparency is that bias during salary negotiations is a main contributor to lower pay for women and BIPOC employees, especially Black and Latinx women, for the same work as white men. Women are frequently taught to undervalue their worth and often lowball their salary expectations when they’re not offered a range. Not posting salary ranges often leads to lengthy negotiation processes that tend to favor white men; women candidates—particularly women of color—are less likely to heavily negotiate salary and are more likely to receive negative consequences while negotiating. In fact a study by the National Women’s Law Center found that over a 40-year career, Black and Latinx women can expect to lose $1 million or more in earnings.

Being transparent and tying salary to a role and not a person signals to women and BIPOC candidates that they will be paid fairly and objectively. This helps the individual and the organization since an employee’s perception of whether they are being paid fairly is a top predictor of job satisfaction.

There are many additional benefits to listing salaries in job postings that help both potential employees and employers during the hiring process. Understanding these benefits up front can attract candidates who are less familiar with CDFIs and might assume that moving to a nonprofit would mean a pay cut. It also decreases the number of applicants, saving time for both employers and candidates by ensuring that salary will not be a deal breaker later in the process. Pay transparency takes money out of the initial interview process and streamlines final stages, allowing interviews to focus on a candidate’s fit and jumpstarting negotiations. Finally, pay transparency takes the guesswork out of setting salaries in the first place when the market becomes clear to everyone.

Jennifer Sharifian, human resources generalist at NHT, agrees and sees these additional impacts as well. “While we’ve noticed some immediate increases in traffic since posting salary ranges in our job postings, the main thing we noticed is that our prospects are looking at more than just salary,” she says. “They’re just as interested in benefits, so pay transparency has opened up the conversation. Opening up that conversation has increased our need for accountability in hiring so we are now regularly and formally reviewing and reevaluating our employees’ roles, responsibilities, and compensation in order to be competitive with the market.”

In our view, the benefits of making salary transparency an industry standard far outweigh the challenges. The racial reckoning of 2020 has led to significant advances in our industry, and we should be proud. But there is more to be done. Only when more CDFIs join us in listing salary ranges will we, as an industry, be closer to salary equity. CDFIs have a track record of leading the nonprofit sector in best practices. Let’s continue our leadership and look equally within ourselves for change. Pay transparency is a no-brainer and we ask our colleagues to join NHT in adopting the practice. 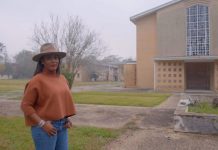 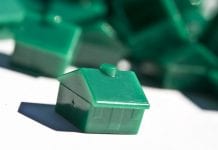 Lessons from the Last Housing Crisis: How to Get Control of Properties