This article, the second in a series of three, was originally co-published by Market Failure and PLATFORM. Read Part 1 here and Part 3 here.

Zurich, Switzerland, and its municipal government have a long history of nurturing nonprofit co-ops. One in five homes there is owned and operated by a nonprofit cooperative. Why has this form of housing—which should be adopted more widely in U.S. cities—been so successful and prolific?

At Cost—Thanks to a Century-Old Understanding of Public-Benefit

The first point to understand about the Zurich model is that the price of living in a nonprofit co-op is set “at cost,” meaning it is calculated to cover investment costs (land, debt, and construction) and operational costs (management, maintenance, and repair) without either generating a profit or requiring subsidies. Zurich’s municipal government developed a precise formula in the early 20th century to calculate the maximum allowable rents in co-ops and other forms of nonprofit housing (subsumed under the German term gemeinnützig, meaning “of public interest”). To this day the city government regularly monitors the rents charged by nonprofit housing companies based on this formula. In the case of cooperatives, “at cost” applies to both the cost of shares (equity) and monthly rents (which in some places, like the U.S., are referred to as “carrying charges” or “maintenance”).

Because co-ops in Zurich are not subsidized, they do not carry the condition that is typically attached to subsidies: income restrictions. This means that Zurich’s cooperatives can be, and are, open to anyone regardless of income, and rents are not calculated relative to it but always by the at-cost formula. Critics point out that co-ops are thus a middle-class proposition. Indeed, only through additional rental subsidies (think: housing vouchers), either provided by the city of Zurich to some low-income tenants, or through so-called solidarity funds operated by the cooperatives themselves (think: scholarships), do households of lower incomes live here.

Yet this critique is only true of new projects. Thanks to the formula, as major investments and loans are paid off, costs decline, and thus the rent decreases (at least until renovations are necessary, when, if new loans have to be taken out, rents are adjusted upward). In practice, the system is much more inclusive than it might appear. Today, a two-bedroom apartment in the centrally located Ottostrasse, a building opened in the 1920s but renovated three times since, rents for around $650 per month, roughly 33 percent below going market rents (after a share purchase price of around $3,000).

In theory, nonprofit cooperatives, by virtue of a municipal ordinance (these laws are specific to the city of Zurich), can opt out of the formula with a two-thirds vote by their members as well as approval by the city council. In practice, however, this is rare. The nonspeculative idea is “deeply written into the DNA” of the city’s cooperatives, as the CEO of one of them notes. Moreover, the broader framework of secure access to health care, education, and retirement in Switzerland minimizes pressure to monetize one’s housing. As a result, not a single cooperative has left the program since it was introduced more than a century ago, making it possible for generation after generation of working families to live securely, and at predictable costs, in housing whose governance they control.

At Scale—Thanks to Favorable Rules Around Financing, Access to Land

The second key characteristic of Zurich’s system of housing cooperatives is that the model has become, over time, a proposition at scale. This does not mean large-scale in the sense of top-down planning or large, contiguous estates. Decision making is decentralized and resident-shareholders maintain a direct connection to the governance of their homes, and to the planning of future expansions. Rather, it refers to aggregate numbers, realized across cooperatives diverse in size and focus. Today, according to the WBG, an umbrella organization of Swiss housing cooperatives, over 141 cooperative organizations operate a total of more than 42,000 apartments.

Although not subsidized, this reach is possible only with the support of the municipality. To begin, Zurich allows cooperatives to take out much larger mortgages than other kinds of developments. While private lenders must ask for-profit developers to have 20 percent equity, cooperatives need only 6 percent (hence the name limited equity). The Kalkbreite cooperative, for instance, incorporated with only 6 million Swiss francs in equity, has been able to borrow 92 million Swiss francs. Kalkbreite is now building its second project in 10 years, shown at right.

This special provision was made possible in 1924, when social-democratic and conservative members of the city council came together in support of nonprofit cooperatives as a way to address the city’s dire housing shortage. Simultaneously, they obliged a state-backed, private bank (Zürcher Kantonalbank) to lend, and enticed the municipal employees’ pension fund to invest. The bank also insured both kinds of loans against default.

Most co-ops have purchased their sites on the open market. However, the city has also facilitated access to land for many. Between the 1920s and mid-1960s, this often meant making publicly owned land available for purchase or granting access to former agricultural areas on the periphery (whose conversion to urban use was strictly regulated). A growing scarcity of public land in the 1960s led the city to shift to a land-lease model, both relieving cooperative groups of a great upfront expense and allowing the city to maintain long-term control of the land. Since the mid-1990s, with land even more costly and hard to come by, the city has relied largely on requiring owners of formerly industrial areas, rezoned for mixed-use development, to allocate a portion of the resulting parcels to cooperative organizations.

While it’s the system, not individual players, that operates at scale in Zurich, some groups have also grown quite large. Allgemeine Baugenossenschaft Zürich (ABZ), founded in 1916, today owns and manages 5,000 apartments in 58 complexes. While its assets are legally de-commodified—meaning that even in the case of defaulting on a loan, land and buildings would not technically be able to be sold at market rates—ABZ has been able to use the land it owns as collateral for new financing in order to take on several large-scale redevelopment projects as at Entlisberg (see photo at top).

The third key aspect of Zurich’s cooperative model is the centrality of the design process. Forty years ago, Zurich was struggling with the departure of middle-income families, including those with children and who were elderly, in part due to a lack of affordable and attractive housing options. The city jump-started housing development for such groups through a series of related policies. First and foremost, it began requiring projects built on leased public land to hold architecture competitions. This requirement remains in place.

Once a detailed program and series of goals has been defined by a cooperative (Figure 5) and a feasibility study undertaken, a competition is opened to architects, with submissions judged by professional juries on the basis of their design merit. This process is unlike the U.S., where the requests for proposals typical of housing built on public land tend to favor developer experience and solvency.

The Zurich process has enabled young architectural practices, without professional or familiar networks, to obtain significant commissions in Zurich. It has also led to new kinds of dwellings beyond the usual one-, two-, or three-bedroom apartments. Zurich cooperatives like Kraftwerk 1 have been pioneers in providing “clusters” of micro units for singles, large apartments for non-family-oriented group living, accessory “joker rooms” for short-term lease, and a variety of live-work arrangements.

Cooperatives have also prompted a reconsideration of the relationship of private and shared spaces. Many opt to build apartments that are smaller than average, instead prioritizing generous spaces to be used by all residents, from day-lit hallways and stairs to shared libraries and terraces.

It cannot be overstated that in Zurich, it was nonprofit cooperatives that took the lead in advocating for and testing these new forms of housing, which they saw as meeting the needs of their members. It is difficult to imagine such a degree of experimentation by private developers who build for an anonymous clientele and are thus averse to the risk of trying untested forms. Meanwhile, Zurich’s private developers have been quick to learn from the cooperatives’ processes and experiments, and in a happy outcome they, too, are not only building cluster housing and joker rooms, but have widely adopted the competition itself as a process to test what-if scenarios and promote debate. Through its transparency, this process has also built trust in how public land is allocated, while furthering public debate about design.

Working at cost, at scale, and at the cutting edge of architectural processes, all with support from the municipality, has allowed Zurich’s cooperatives to proliferate at once beyond and within the market with the goal of broader social equity. Of course, no model serves all. Due to demand, many cooperatives have closed their waitlists. And for many cooperatives, inclusion of residents from a range of ethnic and economic backgrounds has only recently become an explicit goal.

And yet my basic conviction holds that this is a model worth pursuing today in the U.S. In the third and final post, I explore the possibilities for Zurich-style policies for Boston, a city rich with creative thinkers and problem solvers, as well as its own history of a strong grassroots, nonprofit housing sector. Yet Boston is struggling—like many cities in the United States—to address the dual challenge of securing affordable housing and addressing the racial wealth gap.

This piece builds on Cooperative Conditions: A Primer on Architecture, Finance and Regulation in Zurich (www.cooperativecondtions.net), a research project developed with Anne Kockelkorn and students at ETH Zurich. It also builds on a summer workshop at MIT for which Ana Arenas and Hugh Ebdy provided valuable research assistance. 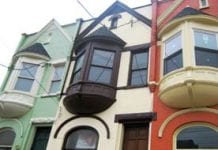 Perspectives on the Community Land Trust