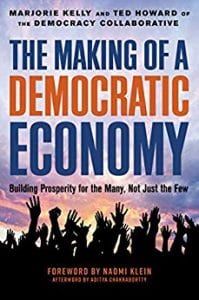 In the foreword to The Making of a Democratic Economy: Building Prosperity for the Many, Not Just the Few, Naomi Klein, author of This Changes Everything, refers to a familiar Spanish quote for promoting change and development—“trabajo de hormigas,” which translates to “ the work of the ants.” The exquisite work of ants digging tunnels and working below the surface is an excellent metaphor for community wealth building, which focuses on building collaborative, inclusive, and locally controlled economies.

Authors Marjorie Kelly and Ted Howard share emerging community wealth-building practices that are occurring throughout the U.S. and U.K. and argue that thousands of these economic practices are creating a new vision that shows people living well within the sustainable boundaries of our planet. Kelly and Howard tell a number of compelling stories from individuals, organizations, and communities that are leading and participating in the burgeoning community wealth-building movement, stories that center on shared ownership and common good. For instance, we meet Chris Brown, who after being released from prison found employment at the worker-owned Evergreen Cooperative Laundry in Cleveland, Ohio, where he was employed as a supervisor. After that position, he landed a job in a global company, where his income tripled. We also meet Nick Tilsen, a member of the Pine Ridge reservation in South Dakota, who has launched a regenerative community-building strategy through Thunder Valley CDC that focuses on housing construction, several Native-American food companies, and a quilting cooperative. The economic activities are grounded in the cultural and economic practices of the Oglala Lakota.

The authors offer a framework for accelerating the shift to a democratic economy, one that is moving away from a capital bias that benefits a few to serving the common good. This is achieved through principles of community, inclusion, place, good work, democratic ownership, sustainability, and ethical finance. These principles sound ethereal at first glance, but Kelly and Howard argue that these practices are implemented in a number of places. Building a democratic economy is redesigning basic institutions and activities through investments, employment, purchasing, banking, and responsible land-use resource policies.

One of the exciting policies proposed in the book is from Carla Santos Skandier, an environmental attorney from Brazil. Skinner says that the Federal Reserve System could use its monetary policy and central banking role to buy out and close down major U.S. oil and gas companies, which would dramatically slow down climate change and position renewable sources as the cornerstone of our energy policy. This could accelerate the community wealth building for renewable energy through a more decentralized system including distributive grid systems and local storage capacity. The financing strategy would be for the Board of Governors of the Federal Reserve System to use quantitative easing (QE) to raise new sums of money, which wouldn’t cost a dime to taxpayers. After all, it was only a decade ago that the Federal Reserve used QE to bail out large financial institutions to prevent them from imploding. Kelly and Howard point out that there is a sense of urgency to prevent global temperatures from rising more than 1.5 degrees Celsius over pre -industrial levels. The math is simple, but the political will is more complicated. The United Nations Intergovernmental Panel on Climate Change (ICC) reports that carbon emissions must be slashed by 45 percent by 2030 from 2010 levels, and then lowered to net zero by 2050. “There is no documented historic precedent,” reports ICC.

This underscores central themes of The Making of a Democratic Economy—politics matter, and local practice must be more proactive in driving systems change.

I would have liked to see the authors talk more about how to build coalitions, connect complementary but diverse strategies, and begin to build political will across different segments of the American and global population. The challenge is that democratic economy practice is evolving slowly, with the caveat that we have to turn the “ocean liner” around quickly, not slowly. A map guide would have been helpful in enabling citizens and activists to understand how to connect their competencies and capacities to help solve pressing challenges we all face.

I’m a big fan of the individual stories in The Making of a Democratic Economy because readers can visualize the dramatic progress that individuals and initiatives have achieved over more than a decade. Octavia Martin, a home health aide who has two small children, went to work for Cooperative Home Care Association—a worker centered for-profit company—and she has increased her salary, gained health insurance, personal days off, and mentors at work. What is missing is how we individually and collectively adapt the examples from this book to our own situations. I would like to see the Democracy Collaborative begin to develop templates, not just webinars, of how to begin, tailor, and implement this work. System change is complicated and new tools are needed to help guide the work.

The Making of a Democratic Economy is an important and succinct book that shares valuable information, concepts, and powerful storytelling in this challenging and hopeful time. 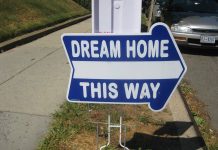 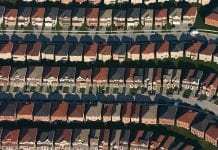