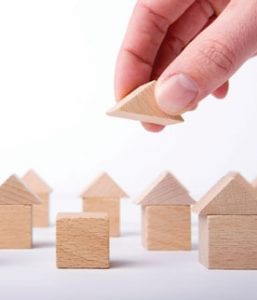 The discourse around proposed changes to the federal tax system, especially between talk show pundits and economists and politicians—each with their own allegiances—is devoid of some simple, transparent facts. A first step toward public understanding of who benefits and who loses from proposed changes to the Mortgage Interest Deduction is to examine current data on home mortgages.

In 1975, Congress passed the Home Mortgage Disclosure Act (HMDA), which requires lending institutions to report on all applications for mortgage credit. The federal government recently released 2016 data (the most current available) on mortgage lending activity across the U.S. While not every mortgage is captured by HMDA, it stands as the best representation of mortgages made by the nation’s lending institutions.

A review of the facts:

There were more than 7 million mortgages made to purchase homes or refinance existing mortgages for owner-occupied, 1 to 4 family, and manufactured housing units. Of those, 93 percent were for an amount under $500,000. This means that the proposed $500,000 limit on Mortgage Interest Deduction that is now part of the tax reform discussion would impact under 7 percent of homebuyers and people who seek to refinance their existing loans. Nationally, approximately 1 percent of loans were for more than $1 million.

While the proposed $500,000 threshold would not impact most of the nation’s homebuyers or people who seek to refinance existing mortgages, there are communities where that limitation would have a large effect. For example, in San Francisco, 64 percent of mortgages were for more than $500,000 in 2016, and 18.5 percent were for more than $1 million. Although not as extreme, in Washington D.C., and Orange County, California, roughly 37 percent of mortgages were larger than $500,000 and 4.5 percent exceeded $1 million. Boston, another high-priced market, had 22 percent of mortgages exceed $500,000 and 3.9 percent were larger than $1 million. Despite these outliers, millions of borrowers in cities across the U.S., like St. Louis, Philadelphia, Dallas, and Milwaukee, would be largely unaffected by the new threshold.

If congressional negotiations concluded with an easing of that limit to $750,000, another 4.8 percent of mortgages across the U.S. would continue to receive the Mortgage Interest Deduction. In 2016, fewer than 2.5 percent of borrowers received a mortgage for more than $750,000.

The non-partisan Joint Committee on Taxation reports that in 2017, the home Mortgage Interest Deduction taken by taxpayers resulted in $63.6 billion in foregone taxes; deductions for property taxes was another $33.3 billion. They estimate that more than 20 percent of the beneficiaries and 45 percent of the tax expenditures went to households with incomes over $200,000. Credits and subsidies designed to ease the cost burden of renters, who comprise approximately 37 percent of the nation’s households, amount to a much smaller amount.

7. Renters are still out in the cold

Cost burdens are a serious concern because, particularly when incomes are lower, there remains an insufficient amount of the monthly income to pay for other things people need–food, medical care, transportation, childcare, etc. Certainly, the Mortgage Interest Deduction and federal subsidies in the rental market generally help those owners and renters who avail themselves of the benefits. While the Mortgage Interest Deduction is available to every homeowner with a mortgage (although many lower-income homeowners do not itemize, and thus don’t take advantage of it), rental assistance touches a relatively small percentage of all renters and particularly those in need.

To paraphrase the late Daniel Patrick Moynihan, we are entitled to our own opinions, but not our own facts.

Objective data on “who benefits” from the mortgage interest deduction shows that the $500,000 limit is one that leaves unaffected the overwhelming majority of homeowners (and homeowners who want to refinance their existing mortgages).

One could reasonably argue for regional indexing of the $500,000 threshold value so that homeowners in high-priced areas are not disadvantaged. This kind of indexing is not alien to the mortgage and real estate markets (e.g., FHA and GSE loan limits vary by region).

Academics, advocates, and elected officials over the years have suggested that tax savings from changes in the rules around the home Mortgage Interest Deduction could be used to realign and rebalance the way the federal government subsidizes ownership and rental housing.

Now is the perfect time to consider whether some part of the savings from the home Mortgage Interest Deduction could be allocated to provide additional financial resources to the nation’s renters, either through enhanced Low Income Housing Tax Credits allocations, additional funding for housing choice vouchers, or any of the other well-established ways the federal government supports the nation’s housing market.