Inclusionary housing has been around for decades. It encompasses a range of policies that call on developers to contribute toward creating affordable homes, either within their new developments, offsite, or through a fee.

There seems to be a surge in interest in inclusionary housing recently, which makes sense to me for several reasons:

So, great! It's a good tool for the times. Why isn't it everywhere?
The tricky part is that a good inclusionary program has a lot of nuance to it. They will vary a lot by market, by goal, and by political and legal climate. And they stir up a lot of feelings—they get accused of being illegal, killing development (not true). There are debates to be had over who they should serve, and where.

Plus, it can be very hard for even city planners, let alone community developers or citizen activists, to combat claims from developers that boil down to “that policy will make my project not profitable enough and I'll take my toys and go home”—especially because sometimes that is true, even if more often it's a bluff.

Enter two tools that should make life much easier:

Lincoln Institute's report, written by Cornerstone Partnership founder and Shelterforce contributor Rick Jacobus, seems aimed squarely at municipal officials, policymakers, and other detail focused opinion leaders. It's too long and detailed to be a general public opinion piece (see here for a few of those), though its various careful explanations of different common misperceptions are clearly worded with the idea that talking points could be drawn from them.

But it is much more accessible and easy to understand than an academic paper. It is well organized, and comprehensive, clearly designed to be used, by people who are not only considering trying to get support on inclusionary housing, but who are taking the first steps toward actually designing a policy. It would be a great tool for an advocate to hand to a sympathetic planning department commissioner, for just one example.

Combining the report with Cornerstone's calculator (which Jacobus was also a lead developer on) would give it even more firepower. The online calculator asks you for a range of assumptions about a development—from land cost to cap rate to construction costs to average rents to the value of incentives offered—and then shows you how profit would be affected by requiring a certain percentage of units affordable to a certain income range. It demystifies what are usually opaque reports that make sense only to real estate finance specialists and puts the participants in a conversation about inclusionary policy on much more even footing.

Now, lest you think this makes everything totally easy, many of those inputs are not necessarily that easy to find, require some pre-calculating, or are things that people can dispute. However, it brings the conversation down to much more concrete terms, especially for a specific project where many of the variable, like land sale cost, can be identified—“Are you telling me you think this isn't feasible at 15% profit?” “Are you telling me you assume the cap rate is X? Because these sources say Y.”

Or it can be used in a more general way with a “typical” project to set a percentage of affordable units that won't unduly burden developers.

The calculator is still in beta—register on their mailing list to get notice of the next training for new users (the one I attended was one of the few webinars that has ever held my attention all the way to the end)—so there are undoubtedly things it cannot do yet. But the concept is sound and exciting, and seems like it really has the potential to be a game-changer. I'm looking forward to seeing it put to work. 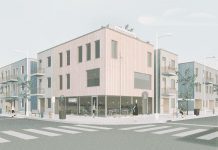 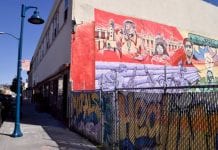