Arrest records aren’t the only barrier to employment out there that’s not about skills and job readiness.

During the post-Katrina redevelopment of the New Orleans C.J. Peete public housing development into Harmony Oaks, Urban Strategies, the nonprofit that handled all the human services and resident outreach for the developer, made an unexpected move: dropping drug testing for admission into its construction jobs training program.

At the time, shortly after Hurricane Katrina, the city, and especially public housing, was full of traumatized people who were, as Esther Shin, vice president of Urban Strategies, describes, self-medicating with alcohol and other substances, while the capacity of the city’s mental health and substance abuse counseling programs was far too small to deal with the need.

That meant drug testing as a condition of enrollment in the training program shut out 25 percent of people who were interested, estimates Shin. “One gentleman wanted to get through the construction program, and we [had to send] him to West Virginia to go through substance-abuse counseling.”

On the other hand, an actual job is a much stronger incentive for change than a training program. “We know that had they completed the training, we could have walked them more easily to drug and alcohol programs,” says Sandra Moore, president of Urban Strategies.

“But when we tested them before admission, we lost them.”

“We no longer make it a condition of enrollment, though obviously we follow OSHA rules about equipment,” says Shin. “It seemed like a silly deterrent.” 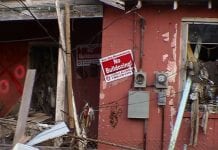 Detours on the Road Home