Manfred Kirchheimer began working on Stations of the Elevated in 1977, two years after the NY Daily News ran its infamous “Ford to City: Drop Dead” headline. The city was buckling under austerity measures put in place after a near-bankruptcy. The Metropolitan Transportation Authority (MTA), mired by a parallel fiscal crisis, enacted a deferred maintenance program in 1974. This meant that the subway cleaning crews got smaller and subway cars were not inspected and serviced as frequently. Subway graffiti was both a symptom of the fiscal crisis, since tagged trains continually circulated through the system without getting cleaned, and the graffiti writers’ reaction to the utter disinvestment and destruction of their neighborhoods.

Shot primarily in the Bronx and upper Manhattan, Stations of the Elevated is a 45-minute montage of graffitied trains making their way through the subway system. The film is set to the music of Charles Mingus and Aretha Franklin interwoven with ambient noise of the city and the moving trains. While the film has almost no dialogue, there is a short interlude of a group of kids at a station critiquing pieces as trains pass by.

Watching Stations of the Elevated in 2014—in an era when you can buy a T-shirt with Basquiat’s tag from Uniqlo’s Soho location—I was pleasantly surprised to find that Kirchheimer approached graffiti from a critical, and not voyeuristic, perspective. The film predates the cooption and monetization of the medium in the 1980s, and was in fact the first documentary on the subject. As Kirchheimer said in an interview, “with my personal sense of German orderliness (Kirchheimer immigrated to the US as a Jewish refugee in 1936), I originally felt that the graffiti on the trains represented destructive disorder and decay of the city, but in no time at all I found myself fascinated with what was on the trains.” In fact, Stations of the Elevated explores the relationship between advertising and graffiti, foreshadowing things to come, by juxtaposing images of hand-painted billboards with those of graffitied trains. The oversized liquor bottles and close-ups of disembodied body parts in the ads look garish in comparison to the tagged subway cars.

More importantly for its time, the film captured the dual nature of subway graffiti. It is undoubtedly more sympathetic to the “graffiti as a reaction to neighborhood disinvestment by disaffected youth” narrative. One of the most powerful images in the film is a shot of kids playing among vacant lots and burned out tenements on Tiffany Street in the South Bronx. Frequent tenement fires, which decimated and traumatized the borough in the 1970s, reached their peak (see The Fires and A Plague Upon your Houses) the same year that Kirchheimer began working on Stations of the Elevated. Fire and urban violence are both recurring themes in subway graffiti. At the same time, the opposing narrative, “graffiti as an attack by lawless vandals on the residents of the city”—espoused by mayors Lindsey, Beame, and Koch—is present in the few shots of unhappy straphangers looking out of the tagged and dirty subway windows.

Around the time Stations of the Elevated appeared on movie screens for the first time in the early 1980s, Mayor Koch declared a full-out war on subway graffiti. Still unable to address systemic issues with the transit system due to budget cuts—including derailments, track fires, and larger operational issues—Koch focused on aesthetics. The newly formed Transit Police Vandal Squad, harsher criminal penalties for graffiti writing, the clean trains program, and eventually, a new MTA capital program, all contributed to the decline of subway graffiti. Koch declared the subway system officially graffiti-free on May 12, 1989.

The MTA recently marked its 25th anniversary of being graffiti-free. Because a zero-tolerance relationship to graffiti is deeply embedded in the agency’s organizational culture, seeing a tagged train roll into a station is almost newsworthy. Personally, I have seen maybe three or four over the span of about twenty years, all in the Coney Island Yard.

The questions that the film raises, both about the aesthetic value of graffiti and about the role of advertising in public space, are even more relevant now than they were in the late 1970s. After spending millions of dollars scrubbing subway cars clean of graffiti, the MTA has piloted an advertising program that allows companies to cover the outside and inside of subway cars with ads. This program is one of several attempts by the agency to find alternate revenue streams in response to State subsidy cuts and a growing budgetary crisis.

Stations of the Elevated has great historical value because it offers a fairly unobstructed view into New York City’s recent past. It allows the viewer to reflect on both the aesthetic value of both graffiti and advertising, and more broadly on an era that directly predated and shaped the New York City of today. 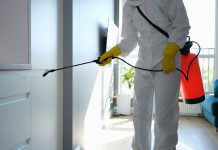 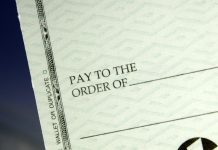