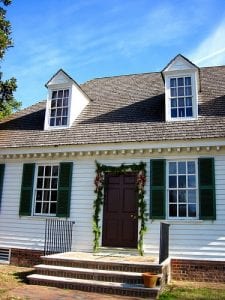 Driving through Virginia’s Hanover County the other day, I was struck by how much history has imprinted itself on the landscape. I drove by the Hanover Courthouse, where Patrick Henry argued against the English king’s right to impose his will on the colonists. The courthouse is still used for trials today. Then I went past a log house where the Confederate Gen. Stonewall Jackson asked the homeowner for a drink of water on his way to battle. A few miles down the road is the farm where Secretariat, winner of horse racing’s Triple Crown, was raised.

With all this history embedded in the landscape, it is odd that history often tends to get short shrift when big decisions are made in this state regarding historical buildings and places. In many cases there is little discussion in the media or in public meetings about the relative value of saving civic buildings that are in disrepair, but which have immense significance in the recent life of the communities they served. At the same time, I have noticed that very few new houses built in this region do much to honor the architectural traditions that were dominant here in the 17th, 18th and 19th centuries.

These trends may be true in other states and regions, as well. In Virginia, at least, I imagine there are some people who would say that it is better to turn our backs on the past. After all, not everyone agrees that it is worth commemorating the exploits of men like Stonewall Jackson, since they fought to preserve slavery. Or that it is worth saving a high school that was originally built to serve blacks, since they could not attend the white schools.

The lack of attention to historical character in houses is most troubling because houses are the dominant built structure here, and there aren’t all that many old houses. Virginia has few large towns; most people outside of the D.C. or Hampton Roads areas still live in rural landscapes where the land continues to be more noticeable than buildings.

When you drive around and see endless corporate-designed houses that could just as easily have been plunked down in California or Missouri, it is disheartening. The fact is, of course, that it costs a lot of extra dollars to have an architect design a single-family home or apartment complex that bears homage to tradition. The desire for affordability does not necessarily go well with the desire for authenticity.

And to go back to my point about whether history is worth saving, it is also true that a lot of people consider historical, vernacular architecture to be beneath them. Consider the shotgun house common to New Orleans and parts of Florida. I read an interesting piece some years ago about how hard it is to convince people that they should choose to live in a shotgun house, whose appearance they associate with poverty or the hard life of a farm family.

What does all this ruminating have to do with community development? Only that as communities design housing for their citizens, they must confront this contradiction. It’s wonderful to preserve history, but we have to understand and respect the point of view that some would just as soon leave it behind.