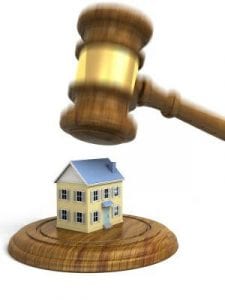 New research shows a direct correlation between foreclosure and hospitalization, adding another way that foreclosures have a disparate effect on low-income communities and communities of color.

The study, Is the Foreclosure Crisis Making Us Sick?, conducted by economists Janet Currie and George Tekin and published by the National Bureau of Economic Research in August 2011, compared foreclosure data from 2005 to 2009 with emergency room visit rates and hospital discharge data in New Jersey, California, Arizona, and Florida. It found that increased foreclosures lead to more medical visits for health conditions such as hypertension, depression and anxiety, and other physical complaints that are likely tied to stress.

The NBER report is one of a series of recent academic findings linking health and foreclosure. Researchers at the University of Maryland School of Medicine, for example, examined mental health and foreclosure in their October 2011 study published by the American Journal of Public Health. In it they conclude one in five homeowners in default on their mortgages have serious symptoms of depression — a rate that took even researchers by surprise.

It is well documented that substandard housing disproportionately affects the health of poorer communities and communities of color, but with foreclosures — which also disproportionately affect those communities — added to the list of health risks, it’s clear that already at-risk populations will face even worse health challenges. Currie warns that the health consequences they identified will only get worse as sustained high levels of foreclosure coincide with growing unemployment. Who will take the lead in addressing the problem? Currie told Shelterforce that an effective solution “probably requires both public health advocates and housing activists to be involved.”

In the spring 2012 issue of Shelterforce, we’ll look at various ways that both of those sectors are working to improve health, housing, and communities in tandem. Stay tuned.

Hands Off the Houses: Can We Stop Speculative Land Grabs?

Rescue Plan has Billions Available for Housing, Advocates Urge Officials to Take It