Jim Erchul of Dayton’s Bluff Neighborhood Housing Services in St. Paul, Minnesota, is worried. His organization is using NSP funds to fix up and reoccupy vacant homes in their service area. While Erchul, like so many others in the field, continues to fight the good fight and is making a valuable difference, he also makes no bones about feeling overwhelmed. He frets about the occupied but underwater homes that make up the rest of the neighborhood he works in. How are they going to afford to replace a roof or make other repairs with no equity? Do they all have to cycle through foreclosure eventually?

“Are we making it better for a few families on a few blocks?” he says. “Sure. Can we affect the real estate market? It’s ridiculous to even talk like that. What’s happened is of such a magnitude that I see it taking more than a decade to work its way through.”

A Question of Scale

In response to the foreclosure crisis, the nonprofit community has rallied its resources and focused its attention on the spreading virus that is decimating fragile neighborhoods. We’ve covered many of these efforts in the pages of Shelterforce, from groups stepping up to make use of NSP funds, to the National Community Stabilization Trust, to efforts like New Jersey’s Operation Neighborhood Recovery (ONR).

While much successful work has been done and many well-meaning and important policies have been enacted, the response from the nonprofit and public sectors has not been able to match the scale of the crisis.

We are still, in 2012, facing escalating foreclosures: 3.5 to 5 million loans, depending on who you ask, are seriously delinquent or in foreclosure as of January 2012, and the New York Federal Reserve expects the number of houses going into REO status to be higher in 2012 and 2013 (1.8 million per year) than it was in 2010 and 2011. The New York Fed also estimates that 11 million homeowners are underwater, to the tune of $700 billion in negative equity. Since 2006, $7.3 trillion in home equity has evaporated.

And, of course, with so many foreclosures already completed — 2.7 million as of February 2011 just on loans taken between 2004 and 2008, according to the Center for Reponsible Lending — there is a vacancy crisis along with a foreclosure crisis.

Even innovative programs like ONR and Boston Community Capital’s Stabilizing Urban Neighborhoods program (see p. 18) that have gotten much-deserved accolades within the field and even general media, count their victories in the dozens, maybe low hundreds. Programs that address one property at a time, or even a dozen or so, are operating orders of magnitude smaller than the problem. And many in the field are struggling with that knowledge.

Though every saved home matters to its owners and neighbors, actually stabilizing neighborhoods will require operating close enough to the scale of the problem itself to shift market dynamics. Ridiculous? Maybe, maybe not.

Where the Money Is

To bring neighborhood stabilization to scale, perhaps we need to go, in the (apocryphal) words of bank robber Willie Sutton, “where the money is.” That is, the capital markets.

While the community development field struggles to scale up, the for-profit sector is actively purchasing notes and REO, many in distressed communities. Many of them are operating, or planning to, at significant scale. As George Ostendorf describes on page 10, pools of thousands of delinquent mortgages already change hands regularly. The mission of those trading them, however, does not include neighborhood stabilization, and they are rarely aware of the nonprofit community’s work and challenges. Even those who would want to do right by those neighborhoods are constrained by the expectations of their investors.

“We’re in a hurry,” says one. “We have to return money in two to three years after we get it. We had to turn down two families we thought we could modify. It took too long and we had to turn them down and foreclose. They both got their jobs back, but we couldn’t wait any more.”

It’s not often that a nonprofit housing developer sits down with a hedge fund manager, or someone from an investment bank who is outside of the philanthropic or CRA departments.

But in 2010, the National Housing Institute, Shelterforce‘s publisher, decided maybe that ought to change. We held two fishbowl discussions that brought together players from capital markets with nonprofit housing professionals and people from the public sector. Our goals were to make introductions between people who didn’t usually interact with each other, but were working in the same space, and to give them a forum to educate each other and explore ways in which they might collaborate to bring more scale to neighborhood stabilization work by having focused, solution-oriented discussions about specific aspects of the ongoing crisis.

We were making a bit of a leap of faith in doing this. Nonprofit housing groups don’t tend to think of something like a private equity firm as anything other than an outside force that is at best ignorant of and at worst predatory upon the neighborhoods they care about. Private capital market players, as we learned, see nonprofits as basically well intentioned, but far too slow and tied up in red tape to be potential partners, and they are skeptical about whether they can make hard-nosed business decisions and property valuations.

Turns out, we needn’t have worried. At the close of the first discussion, which had been intended as a trial run before a conference that would run on the same format, the energy was palpable as people encouraged us to host another conversation of the same kind and size instead of a conference, while others talked excitedly about potential partnerships, some of which went on to materialize.

At the second fishbowl, which was focused on distressed mortgage note purchases, we had to turn people away to keep the size manageable, and once we got going, participants put away their BlackBerries, leaned close, jumped in, and collared each other afterward to talk about putting some of the ideas raised into practice. Some went on to form lasting partnerships or launch or refine exciting projects.

Those discussions changed the way many of the participants thought about the relationships between nonprofits and private sector players, as well. It became clear that in today’s climate, nonprofits have a number of strengths they can bring to the table. Two in particular come up over and over:

In general, we heard, and continue to hear, that these strengths could make nonprofits promising partners for developing exit strategies for the lower-value, unwanted portions of portfolios that private firms purchase. Nonprofits, with a business orientation, can “add value to zero,” as one investor said in the first fishbowl.

In this issue we explore what is happening in the private sector and possibilities for using resources and/or methods from the capital markets in neighborhood stabilization work. We look at a number of programs that are just getting off the ground, as well as some of the specific challenges they face in getting to scale, and some of the tools they will need to employ to combat those challenges.

We’ve broken it into three subthemes — delinquent mortgages, REO properties, and the availability of credit.

Everything is moving very quickly in all of these arenas, so we’ve tried to lay out a framework about the challenges, relationships, and varying shapes of solutions. We look forward to following these programs and their kin over the coming months, and will continue to post updates and profiles as they start to bear fruit. 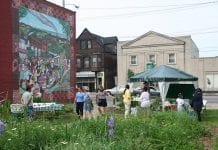 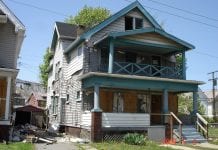