(The Urgent Case for) Middle Neighborhoods, One of the Most Overlooked...

Frank Ford - November 28, 2017
Demolition can generate emotional reactions, especially in places with a history of urban renewal. But critics of demolishing any vacant homes are ignoring the evidence. 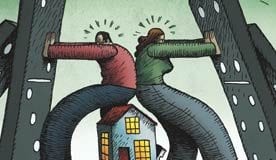 Miriam Axel-Lute - April 24, 2012
It’s not often that a nonprofit housing developer sits down with a hedge fund manager, or someone from an investment bank who is outside of the philanthropic or CRA departments.

Aaron Miripol - April 21, 2012
“How do we knit together the capacity, whether it’s the developer, lawyers, title companies, lenders, and define the deal so that we can move...

Where Do We Fit In? CDCs and the Emerging Shrinking City...

Alan Mallach - March 30, 2011
As some cities begin to admit they are shrinking, CDCs in high-abandonment neighborhoods are rethinking their traditional roles, and even their missions. 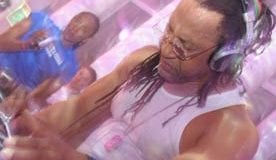 Saving the Birthplace of Hip-Hop

James Fergusson - March 30, 2011
A Bronx-based building known as the birthplace of hip-hop has been the subject of a high-profile tug of war between gambling real-estate investors and an eclectic yet powerful group of tenants, housing advocates, city agencies, local politicians, and hip-hop artists. The building’s well-publicized plight has helped shine a light on the threat predatory equity poses to affordable multifamily housing.

Miriam Axel-Lute - December 24, 2010
Marge Piercy’s poem “To Be of Use” praises people who jump right in to whatever work needs to be done, passing buckets of water...

Operation Neighborhood Recovery and the Future of Community Development

Matthew Brian Hersh - April 3, 2009
Urban Essex County, New Jersey, one of the hardest hit areas in the state by the ongoing foreclosure crisis, could be the laboratory for an ostensible reinvention of community development, as a local CDC there announced today the successful acquisition of 47 mortgages on troubled properties with an eye toward stabilizing neighborhoods in some of the oldest suburban communities in New Jersey.