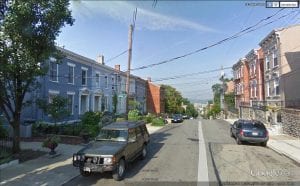 In my last two posts, I tried first to explain why the neighborhood stabilization program (NSP) hasn’t revitalized neighborhoods and why Project Rebuild won’t do any better; and second, to suggest some principles for a program that actually might do a better job at rebuilding the nation’s distressed neighborhoods.

In this post, I’m going to suggest what such a program might actually look like. This may not be the only way to approach it, but I think it might work. I call it the neighborhood investment tax credit program.

First, enough one-shots and one-dimensional efforts. If we want to revitalize neighborhoods, we must recognize that it’s a multiyear, multifaceted project. It should be an income tax credit program for three reasons:

The program would not be available everywhere, but only in designated neighborhoods that met two criteria: they need outside resources to move forward, but have characteristics (attractive houses, proximity to major employers, good transit connections, a strong base of existing homeowners) that offer real revitalization potential; and second, they have a strong CDC, neighborhood association or other community-based entity capable of spearheading the revitalization effort.

Designated neighborhoods would be eligible for funds from two separate tax credits:

The purpose of the homebuyer tax credit is to counteract the market forces, in particular the market or appraisal gap, discouraging people from investing their own money in buying and restoring houses in struggling neighborhoods. We’re talking not about devastated areas, but about neighborhoods that have real assets but which have been devalued by the marketplace to the point where people are reluctant to invest.

Homeowners would start taking the credit after they completed the rehab and moved in, and would take it over five years; if they move out of the house during those five years, they would lose any credits not already taken. The proceeds of the investor tax credit would be to provide the ‘glue’ that’s needed to leverage change throughout the neighborhood, and in turn increase the likelihood that people will want to buy in the neighborhood and ultimately trigger the kind of self-sustaining market process that exists in any successful neighborhood.

Each designated neighborhood would get a chunk of funds from the investment pool each year as long as it remained eligible, which it could use for activities that would both improve the quality of life for existing residents and contribute to building a stronger neighborhood housing market. That could include rehabbing or demolishing abandoned houses; fixing up parks and public open spaces; improving commercial districts or making small business loans; or marketing and community-building efforts.

Three things are critical to making this approach work:

All three are critical, but the last particularly so. If the credit is going to be an effective way of motivating buyers, it must be automatic; if you buy and restore a house in a designated neighborhood, you can get the credit. Period.

The way to manage program outlays is by capping the number or population of the neighborhoods that could be designated, presumably by HUD. Along similar lines, while limiting the income of those eligible for the homebuyer tax credit would be counterproductive, it would be both reasonable and appropriate to require that some percentage of the units created with funds from the investment pool be affordable to low-income households.

How much would this cost? It’s hard to say without making decisions about the size of the individual homeowner credit, and the magnitude of the investment pool. Still, a back of the envelope analysis would suggest that for a total federal outlay of around $5 billion per year, which would be reached only after many years as the program ramped up. This program could have a catalytic effect over the next decade on as many as 100 neighborhoods around the country with 3 million to 4 million residents.

Would this be worth it? I think so. I hope it will be possible to convince enough others that our urban neighborhoods are worth saving to get this approach, or something like it, a serious hearing. For more details, click here. 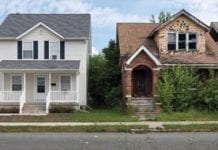 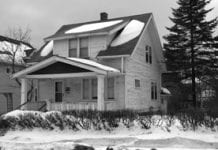 A Model for All Markets? 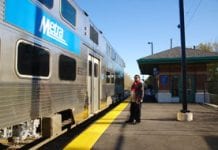