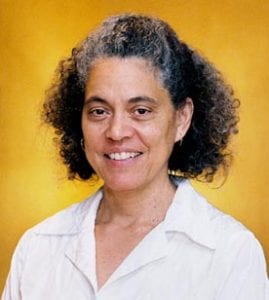 It is the larger social and cultural environment of a home that creates health, not the housing unit considered on its own, concluded a 1990 issue of the Bulletin of the New York Academy of Medicine. Other researchers have gone further to conclude it is not simply the local neighborhood that is important, but the ways in which a whole city is divided. Inequality, in particular, has emerged as a critical factor undermining health.

So-called redlining maps are truly illuminating documents regarding this phenomenon, and it is very helpful that more and more of them, with supporting documentation, are being posted to the Internet. These maps, created by the federal Home Owners Loan Corporation in 1937, cover 200 cities and assess various neighborhoods on the age of housing and the presence of whites/non-whites. They use a four-part scale, ranging from A, given to neighborhoods with white residents and new buildings, to D, given to neighborhoods with non-white residents and old buildings. These maps became part of the decision-making process in granting mortgages and insurance.

Minority neighborhoods were “redlined” as less desirable places for investment, a policy that accelerated their physical decline and triggered the demolition of many under the later urban renewal policies. Places occupied by non-white people are still considered less desirable sites for investment. Such neighborhoods may keep their residents and get no investment or they may get investment and a new mix of residents. In the latter case, those who are poor and colored are displaced; they carry the red mark with them to their new neighborhoods, Hester Prynnes bearing up under the weight of exclusion.

Redlining has contributed to the American landscape of apartheid: wealthy sections walled off by curving streets, gates, and highways from disintegrating neighborhoods inhabited by the poor and disenfranchised. Those not stigmatized look in wonder and contentment, little realizing that public health research has shown that everyone’s health declines when some are marginalized.

Creating healthy homes depends on restoring the integrity of the urban ecosystem. In traveling to many American cities, and working with Michel Cantal-Dupart, chair of the Department of Urbanism and the Environment at the National Conservatory of Arts and Trades in Paris, France, I have identified elements of urban restoration. Repair of a city follows from seeing that the problem is not a problem of a neighborhood, but rather of the larger system of the city and the region in which it is embedded. Repair addresses the connective tissue of public space — the sidewalks, street, parks, playgrounds, and plazas that are used by all residents of the city — by creating great places for people to enjoy, and strong flow among the parts. The reconnection of the parts provides the city with the material basis for solidarity and reciprocity. Effective interventions are invariably gentle, coaxing the system of the city into better functioning rather than hammering some neighborhoods into a new shape. Finally, urban restoration celebrates the wholeness and diversity of the city.

Michel Cantal-Dupart used these principles in addressing the problems of three distressed housing projects in the Mediterranean city of Perpignan, France, proposing interventions that were appropriate to the needs of inhabitants and that addressed both placemaking and connection to the city and its infrastructure. For example, the Clodion project was stuck in a cul-de-sac created by a highway, an unused field, and an old stadium. By removing a small section of one of the buildings, Cantal-Dupart created room for a connection to the highway so that it became a part of the neighborhood’s road system. A new nursing school was integrated into the neighborhood, making it part of the city’s infrastructure. The old stadium was demolished and a park created in its place. A new stadium was built in part of the field, while another part was transformed into a community garden.

This housing project is in walking distance of a train station. A high-speed line was anticipated in 2010 that would connect to the city to Barcelona, markedly raising its economic profile. In U.S. practice, the poor would have been ejected from this neighborhood. Perpignan, by contrast, started more than a decade in advance to prepare for the new economy by solidifying the position of the poorest residents in the area, and they are still carrying this out.

This set of changes integrated the housing project into the fabric of the city, creating a new, more equitable spatial organization. It is this that holds the possibility of better health for all. 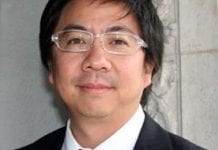 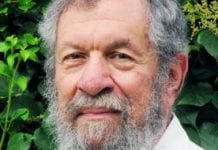 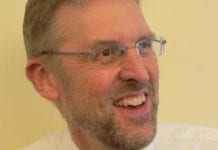