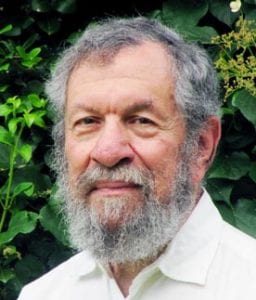 Most low-income households in the United States live in private-market housing. American housing policies, though, rather than focusing on the needs of that majority, have focused disproportionately on providing a product; that is, using public funds to create a housing stock of units dedicated to lower income occupancy, separate from the private market. While this has created some attractive, well-built housing — and some not so attractive — for a small percentage of America’s low-income families, it does nothing for the rest, while the effect of that housing on their neighborhoods is uneven and often problematic. We have created an affordable housing lottery that benefits only a handful of eligible households — many of whom could find decent housing in the private market without public help.

With public resources scarce and private market housing in most parts of the country affordable to more households than ever before — and likely to remain that way for many years — it’s time to reassess whether creating product actually helps the most people in the most cost-effective and responsible way, or has the most positive impact on the communities where they live.

House prices have been dropping in most parts of the country for over four years. Away from “hot spots” like the New York and San Francisco areas, most homes are highly affordable to most — although not all — households. Furthermore, vacancy rates are at all-time highs. Roughly 80 percent of Americans live in relatively affordable, high-vacancy metropolitan areas.

In most metropolitan areas, families earning 60 to 80 percent of the area median income (AMI) — the target for most public or nonprofit homeownership programs — can find a wide variety of homes they can afford on the private market. Every year for the past decade, on average over a million lower income families became homeowners with no public or nonprofit assistance. However, lower income homeowners are much more likely to have their homeownership spells cut short than other homeowners, losing much or all of the value of that homeownership. Even with counseling and reasonable mortgage terms, the smaller the downpayment, the greater the likelihood that the family will lose its home.

This picture strongly suggests that when the public sector provides funds to help people become homeowners, either by giving them downpayment and closing cost money or by subsidizing the price of the house, much of that money goes to families who would have become homeowners anyway, while much of the rest goes to poor candidates for homeownership. Few net stable new homeowners are created. We would do better to offer buyers counseling and education but otherwise let people become homeowners — or not — on their own and use the dollars saved to build a robust support system to help them stay homeowners. That system could include help with home improvements and repairs, access to ongoing counseling and information, and emergency assistance for families at risk of losing their home. The more we do that, the greater the benefits — social as well as financial — for all lower income homeowners, not just the select few who win the public money lottery.

Yet, despite the evidence, little effort has been made to direct low-income housing tax credits (LIHTC), the biggest source of affordable housing product financing in the United States, where they will do good rather than harm. As long as LIHTC funds are allocated by population, state by state, the states that really need more affordable housing get no more money than those with thousands of surplus units. While an efficient production machine, the LIHTC is a blunt instrument that needs rethinking.

Instead of focusing on buildings, we should be thinking about the needs of low-income renters as a whole. The great majority of lower income renters live in private housing, mostly one- to four-unit properties owned by small “mom and pop” landlords. While much of this stock may need improvement, most of it could be upgraded for a small fraction of the cost of a new unit. Yet, except for housing vouchers, public programs all but ignore this sector, while small landlords are widely treated by local governments and nonprofits as the enemy.

We need strategies that combine strong regulations to discourage abusive speculators with equally strong incentives for owners willing to be responsible stewards. One way would be to redirect tax credit investments into programs to help responsible landlords improve their properties. Used that way, LIHTC funds would not only benefit far more low-income families, but could do so in ways that would be all but certain to improve their neighborhoods.

Our affordable housing system rewards a few fortunate families and uses public money to compete with an increasingly affordable private sector, while offering little to the great majority of poor families with severe housing needs. It is time we stopped tinkering around the edges of programs enacted 20 to 35 years ago, and took a fundamental look at how to create a more sensible, effective housing policy in the United States.