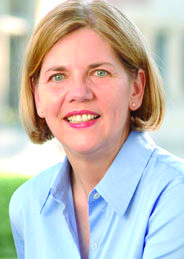 While President-elect Barack Obama’s politics of hope helped sweep him to victory, he’ll have his hands full getting the public to trust that the Bush administration’s economic rescue plan he’ll be inheriting in January is, in fact, a plan. According to The New York Times, Harvard law professor Elizabeth Warren, chair of the oversight panel formed to monitor the federal bailout for the ailing economy, has concluded that so far, the government had simply resorted to ad-hoc tactical solutions in dealing with the crisis, rather than creating a coherent strategy.

Treasury Secretary Henry Paulson’s original plan, dubbed the Troubled Asset Relief Program (TARP), asked Congress for $700 billion to buy so-called “toxic assets” — mortgage-backed securities whose value had dropped sharply or had become impossible to sell. While the measure was signed into law in early October, Paulson instead went on to use TARP’s first tranche to invest directly in troubled financial institutions. In November, Paulson announced that asset purchases were not the way to go and instead called on securing the financial markets by making loans more attainable.

All the tacking and swerving has not gone unnoticed. Warren, a consumer bankruptcy expert and author most recently of The Two-Income Trap: Why Middle-Class Mothers and Fathers Are Going Broke, mirrored the bemusement of the general public when she told The Times that “You can’t just say, ‘Credit isn’t moving through the system’…You have to ask why.” Declaring that the panel’s reports should have an impact on the overall effect of the bailout, Warren told Times reporter Diana B. Henriques, “Our role is to make sure that the right questions are asked as soon as possible.”

Well, the clock is ticking. The panel, which monitors the Treasury’s actions along with the Government Accountability Office and a special inspector general, is due to submit a report to Congress by Jan. 20 — Obama’s Inauguration Day — outlining recommendations for reforms to the financial regulatory structure. 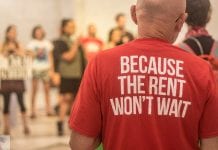 The Warren Housing Bill: Ready to Take On The Affordability Crisis?