This Manufactured Home Park Will Soon Be Boat Storage, But One...

David Howard King - August 5, 2022
Angela Kaufman purchased what she thought would be her longtime home in a mobile home community. Less than a year after she moved, the park was sold and residents were told they had to go.

Josh Cohen - January 14, 2022
Fannie Mae and Freddie Mac are under a congressional mandate to improve investment in three specific kinds of housing markets—but Congress didn’t say by how much, and advocates say they could be doing far more.

Taking Ownership Into Their Own Hands

Ryan Briggs - September 2, 2019
Residents who live in manufactured housing communities across the U.S. are under threat of skyrocketing property values, predatory investors, and limited financing options. Can resident-owned communities stem the tide?

How to Temper the Influence of Private Equity in Manufactured Housing

Doug Ryan - August 2, 2019
The risk of onerous lot rent increases and the fear of eviction are more threatening than ever as private equity enters the manufactured housing market. 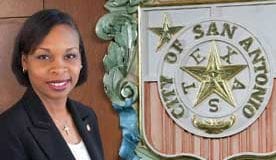 Shelterforce Staff - March 18, 2015
The first African-American mayor of the largely Latino and Anglo city, and strongly identified as an urban planner, Taylor casts herself as someone interested more in getting work done than leaving a political legacy. However, she has not shied away from controversial positions, and her initial position that she would not be running for re-election fell by the wayside as she announced her candidacy on February 16, less than two weeks after this interview.

Q: Are manufactured homes a bad form of affordable housing?

Shelterforce Staff - March 26, 2014
A: Not any more! There are many myths out there about manufactured (or "mobile") homes, but in fact they can be a very important source of quality affordable housing...