The collapse of President Biden’s $2 trillion Build Back Better (BBB) plan last year took with it the promise of more than $300 billion in spending on affordable housing programs and tax credits. While the administration still holds out hope of passing a greatly slimmed-down version, even the plan’s most ardent advocates say it would focus on priorities other than housing, such as tax reform, prescription drug costs, and climate change.

“Even in the highly unlikely circumstance where this spending bill would be able to move, none of our allies in Congress are saying, ‘If we only get three things, housing’s going to be one of them,’” says David Dworkin, president and CEO of the National Housing Conference, a coalition of affordable housing lenders, providers, and other stakeholders. “It doesn’t do any good if you’re on everybody’s top 10 list, if they’re only going to do five things and you’re number six.”

BBB would have made huge new investments in housing. Although the revised version passed by the House in November 2021 cut the housing allocation to $150 billion over 10 years, it still would have spent $65 billion on public housing, $25 billion to expand Housing Choice Vouchers, and $15 billion for the National Housing Trust Fund, which finances rental housing for extremely low-income people.

Dworkin and other housing advocates say those kinds of long-term spending hikes are off the table for now, but two housing tax credit measures that were part of the Biden plan could still conceivably become law in the near future. They could pass as part of a mini-BBB reconciliation bill that only requires 50 Democratic votes in the Senate, or possibly as a narrowly tailored bipartisan bill that would need at least 60 votes.

A bipartisan housing bill or tax package could pass this year or in early 2023, before the political jockeying of the next presidential election cycle leads to legislative gridlock. As for reconciliation, observers say there would have to be substantial movement toward an agreement in the next few weeks if a bill is to pass by the statutory deadline of Sept. 30.

“If there’s anything that’s going to happen on Build Back Better, they’re going to have to make significant progress by Memorial Day,” says Frank Woodruff, executive director of National Association of Community Economic Development Associations (NACEDA). “I’m just a little skeptical about them being able to get anything done.”

If any housing measures do pass this year, they would most likely be the Affordable Housing Credit Improvement Act (AHCIA) and the Neighborhood Homes Investment Act (NHIA), two tax credit programs that are relatively inexpensive and have substantial Republican support.

AHCIA would rename and expand the Low-Income Housing Tax Credit (LIHTC) into a $12 billion program over 10 years, with the aim of producing over 2 million affordable homes. It would expand the much sought-after 9 percent tax credit, increasing allocations by 50 percent. Rules would be eased or improved on bond financing, tenant income eligibility, Native American access to credits, rural project incentives, use of vouchers, and incentives for projects in very-low-income Census tracts, among other changes.

The AHCIA’s sponsors in the Senate include 10 Republicans and 22 Democrats, suggesting it could clear the 60-vote requirement and is “less of a long shot” than some other Biden administration proposals, Dworkin says.

NHIA, meanwhile, would create a new tax credit worth $20 billion over 5 years to renovate or build half a million homes in distressed communities that have vacant lots and dilapidated buildings. While LIHTC typically funds multifamily rentals for low-income people, NHIA targets single-family homes for ownership by low- or middle-income residents, including condos and co-ops. In cases where a project would cost more than the new housing could be sold for, an NHIA credit would serve to bridge the difference.

“You can’t revitalize the neighborhood until you do something about those homes, and provide decent, attractive homes that people can buy. You can’t build the homes until the neighborhood is strong enough to support those values. So you’re stuck,” says Benson “Buzz” Roberts, president and CEO of the National Association of Affordable Housing Lenders. “The way to cut through that is by subsidizing the gap between what it costs to develop and the price at which you can sell the home.”

Since they have bipartisan support and directly address the nation’s housing shortage, AHCIA and NHIA may be attractive to Sens. Joe Manchin and Kyrsten Sinema, the centrist Democrats whose objections scuttled earlier efforts to pass Build Back Better, Dworkin says. In addition, elected officials across the aisle who vote for the tax credits in a bipartisan housing bill could brandish them as proof that they are serious about addressing voters’ economic worries.

“It gives both Democrats as well as Republicans an opportunity to say, ‘We’re doing something about inflation.’ They don’t have any control over interest rates or gas prices or food prices, but they definitely have control over creating more affordable housing. Shelter is a big driver of inflation numbers,” Dworkin says.

Roberts says Democrats could push through the two housing credit programs by packaging them with renewable-energy tax incentives, a high priority for progressives, in the tax section of a reconciliation bill. Alternatively, the measures could move as part of a bipartisan tax package together with an expansion of tax benefits for retirement accounts, which has broad bipartisan support.

A reconciliation bill has the advantage of budgeting a decade’s worth of spending in one go while Democrats control both houses of Congress. But given the likelihood of a Republican-led legislature in the future that would retrench on social programs, a narrowly tailored bill passed with broad support may be preferable, Dworkin says.

“We need bipartisan support because we need these programs to be sustainable,” he says. “If we just push the pendulum further and harder, it’s going to swing back faster and deeper. The idea that 10 years of funding isn’t going to get cut, you know—I think it’s reasonable to assume it will.”

Beyond the tax credits, if Build Back Better does pass in some form, Roberts says, there may still be a “glimmer of hope” for some new money for public housing because it’s a top priority for Senate majority leader Charles Schumer and was slated for a massive infusion of money in the House bill.

At the same time, other big spending lines from that legislation have little chance of winning approval. Vouchers, for example, will not get more funding in a reconciliation bill in part because they would boost housing demand without creating new units, potentially worsening inflation, Roberts said. Legislators are also reluctant to implicitly commit future Congresses to higher spending on vouchers, since any subsequent reduction would force people from their homes.

Even as Biden continues negotiating with Manchin to try to salvage a small reconciliation bill, the administration has signaled that it still supports the full range of new housing programs and ambitious funding increases the president proposed more than a year ago. The fiscal year 2023 budget plan Biden released in March included most of the BBB proposals, including big spending bumps for HUD, vouchers, LIHTC, and other programs.

Every budget is a wish list that will not become law in anything like its original form. But housing advocates note that this budget offers an intriguing and unprecedented proposal to create a new mandatory funding program called the Housing Supply Fund, which over a decade would send $35 billion in grants for affordable housing to state housing finance agencies and their partners. Legislatively it would resemble an entitlement like Social Security or Medicare and be automatically funded every year without needing a new appropriations bill.

“It kind of came out of nowhere. The advocates were all surprised,” Woodruff says. “This sounds a lot like a mea culpa to the housing advocates, both in the advocacy world and in Congress, that housing is not going to be part of the next version of whatever passes in Build Back Better, therefore we’re giving $35 billion more as part of the budget.”

The Housing Supply Fund will not become law in the immediate future, but it was welcomed nonetheless as a recognition of the urgent need for more housing development of all types.

“When it comes to funding housing, my number is ‘more,’” Dworkin says. “More has got a long way to go before you get to too much. We’re 5 million units short. We need a lot more.” 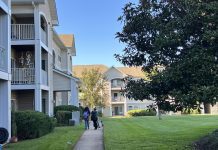