In 2011, Shelterforce first covered an ambitious transit-oriented development project that would create a 33-mile network of biking and walking trails (and eventually light rail in some parts) along an old rail loop around Atlanta. Gentrification and rising land costs were already a concern in the booming city at that time, and prices started to shoot up in areas adjacent to the project before construction even began.

The Atlanta BeltLine partnership was given a goal of creating 5,600 units that were affordable to those making 80 percent of area median income (AMI) within the BeltLine tax allocation district (TAD). From 2006 to 2020, 2,133 of those units have been built, representing just 38 percent of the promised 5,600 units. The Atlanta BeltLine’s website also notes that an additional 1,042 affordable units have been built outside the TAD, but within a half-mile of the trail.

Early on, the Atlanta BeltLine Partnership, along with the Atlanta Housing Association of Neighborhood-Based Developers (AHAND) and the Annie E. Casey Foundation’s Atlanta Civic Site, convened a multi-stakeholder group to figure out how affordability could be preserved in the neighborhoods along the BeltLine. One of the results was the creation in 2009 of the Atlanta Land Trust Collaborative (ALTC), envisioned as a “central server” that would help form, support, and do the back office and stewardship work for neighborhood-based community land trusts that preserved affordable housing.

From 2011 to 2015, home values within a half-mile of the BeltLine rose by 18 to 27 percent more than in other parts of Atlanta. The fast appreciation of areas has led to an uptick in cases of predatory investing …

The central server model didn’t work out in Atlanta—the Great Recession hit neighborhood-level community development organizations hard, and many didn’t even survive, let alone have the capacity to add land trust work to what they were doing. Though it did assist in the development of some permanently affordable units, in 2014 the ALTC began a reassessment of its model, which led to a transformation into a single citywide land trust, with a focus on the 45 neighborhoods abutting the BeltLine. Now known as the Atlanta Land Trust, with a member of the BeltLine partnership on its board, the organization is actively developing permanently affordable homes. As of March 2021, the Atlanta Land Trust has 20 homes in its portfolio and approximately 200 units in the pipeline.

But is it enough? Dan Immergluck wrote in his 2017 article for Shelterforce that large-scale “sustainable development” projects likely played a big role in gentrifying low-income communities around the BeltLine, as the anticipated increases in rents and land values induced speculation by investors looking to buy up homes and flip them for a profit. From 2011 to 2015, home values within a half-mile of the BeltLine rose by 18 to 27 percent more than in other parts of Atlanta. The fast appreciation of areas has led to an uptick in cases of predatory investing, where a number of local residents have been deceived into signing away the rights to their home. For example, in Pittsburgh, Venetian Hills, Grove Park, and Sylvan Hills, more than one in four owner-occupied homes sold for a price less than half of their Zestimate, or Zillow’s estimated value.

In 2017, BeltLine CEO Paul Morris gave himself a grade of C on the project’s performance regarding affordability, and announced that BeltLine will “double down” to promote affordable housing along the trail. In 2019, the Atlanta BeltLine Board of Directors approved an additional $11.9 million to develop affordable housing on the BeltLine. 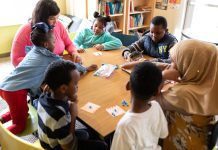