More than 10 years ago Mindy Fullilove wrote, “Displacement is the problem the 21st Century must solve.” Across the country residents of low-wealth communities organize in gentrifying areas and in neighborhoods that others have written off. They stand in front of bulldozers, mount lawsuits, and organize tenants. National efforts by the Anti-Displacement Policy Network, the Right to the City Alliance, SPARCC, and Grounded Solutions Network connect local advocates, foundations, and policymakers to address displacement. Local governments in Austin, Atlanta, Milwaukee, Boston, and elsewhere are responding too, creating and implementing anti-displacement plans and programs.

This national movement has brought rent control back to the policy agenda in some places, has produced greater tenant protections and legal rights, and has exposed the financing practices of banks that contribute directly and predictably to displacement in others. Common to most efforts is the preservation of existing affordable housing and the development of new subsidized housing in order to give households a way to remain in their neighborhoods even as rents rise around them.

One important way to optimize this strategy is a community preference policy that allows residents priority access to subsidized housing built in their neighborhoods. Preference policies have been strongly advocated by residents as an effective way of allowing people to continue living in their neighborhoods. They have been adopted in San Francisco, Seattle, New York City, and Austin, Texas, and are being considered in other places as well.

Regrettably, community preference policies have been challenged by those inside and outside of government who fail to see or value the anti-displacement benefits of the policy and instead criticize it for its alleged impacts on segregation and fair housing. These criticisms, which I list below, are mistaken for a number of reasons.

Displacement is a public policy concern that requires a strong and multi-layered response. Community preference policies are an important and effective strategy for minimizing displacement and ensuring that long-term residents benefit from neighborhood improvements occurring around them. 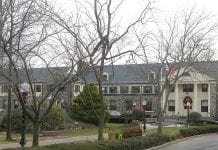 The Dark Side of Community Preference Policies 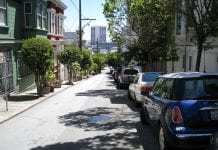 Move to the Front of the Line 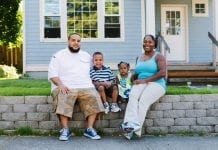