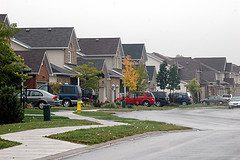 The concept of “opportunity neighborhoods” is meant to capture the idea that life chances are better in some places than others. Together with related notions such as the “geography of opportunity,” it constitutes the reigning paradigm driving American housing policy for at least the past two decades. I have written earlier about the ways in which the concept of an opportunity neighborhood is often misused by policymakers, analysts, and advocates. The assumptions and measurements behind many so-called opportunity maps are questionable at best, and at worst lead to a distorted view of the socioeconomic landscape typifying America’s urban areas. But there is an even more fundamental problem with the “opportunity” paradigm, a problem that goes beyond issues of mismeasurement and improper conceptualization. The more foundational problem is that, in fact, the idea of an opportunity neighborhood itself fundamentally mischaracterizes the social, political, and economic dynamics that produce spatial inequality in American cities.

Neighborhoods that people like to think of as opportunity neighborhoods are much better understood as “advantage” neighborhoods. What is the distinction and why is it important?

Let’s begin with dictionary definitions. The Oxford dictionary defines opportunity as, “a good chance, a favorable occasion.” It defines advantage as, “a benefit, profit . . . superiority in a particular respect.” The distinction between the two, then, is in the difference between a chance and an actual benefit. Related to neighborhoods, the distinction is between a place that enhances the possibility of beneficial outcomes versus a place that directly bestows those outcomes.

There are two reasons why this is important. The first is that the notion of a place of opportunity suggests that those who are benefitting from living there are actively pursuing those opportunities, actively converting these possibilities into realities. It is, at its base, a meritocratic argument. In this formulation the place is simply the location of better chances and it is up to households to turn them toward their own favor. Families living in opportunity neighborhoods— those who are gaining wealth through the appreciation of their real estate capital and whose children are thriving in well-endowed schools—are seen as actively translating opportunity into real benefits through their actions.

Or, to put it another way, white supremacy is not a meritocratic system.

By confusing opportunity with advantage, the opportunity paradigm elevates place as the critical determinant of upward mobility in a way that is independent of the ongoing constraints of race. In doing so, it misstates the most fundamental obstacle to economic equity in this country, our deeply embedded system of racial advantage and oppression.

The opportunity paradigm has the fundamental relationship reversed. The model suggests that people should follow opportunity, rather than acknowledge that the opposite is actually what happens: opportunity (or, as I argue, advantage) follows people. That is, it follows certain people. White and affluent people do not move in order to occupy favored neighborhoods. Those neighborhoods are favored because the inhabitants are white and affluent. All one needs to do is look at how previously favored places lose their “opportunity” when they lose their white residents (both central city neighborhoods and first ring suburbs come to mind).

Or, one can look at the care with which the Gautreaux program, for example, limited the number of mobility program participants moving into any given neighborhood. The program was acknowledging the fundamental dynamic that neighborhoods cease to hold their advantages if too many lower-income, African-American public housing residents move in and too many white people move out. So-called “opportunity” neighborhoods cease to exist in such circumstances.

Thinking of these places as advantage neighborhoods, on the other hand, more accurately depicts the real dynamics going on in a racist society. Given what history tells us about how our metropolitan areas were formed (think racially restrictive deeds, racial zoning, widespread white violence to create and maintain segregation, exclusionary zoning, Sundown Towns, etc.), a preoccupation with how place determines life outcomes is a bit of a diversion, and a housing policy organized around moving to opportunity misapplies lessons of American history. Neighborhood advantage does not exist in independently of white supremacy, it exists largely as a result. 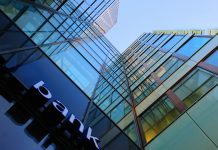 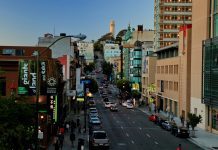