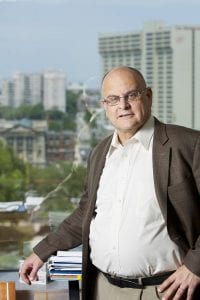 Jeremy Nowak, a founder of Reinvestment Fund and founding board member of the Opportunity Finance Network (OFN), passed away on July 28. Nowak was, as anyone who knew him would attest, a “character.” He had strong opinions, and was free in voicing them, but since he also put in the work to make the changes that needed to happen, his candor was generally welcomed, and often relished.

In 1998, Nowak wrote for Shelterforce about expanding our view of community to include entire regions, focusing on “people” not just places, and considering mixed-income housing and locating housing in areas of opportunity (long before they were called that). In all of these ways he was ahead of the curve of conversations we are still having today.

“Jeremy established Reinvestment Fund to make investments in underserved communities to increase equity of access to resources and strengthen neighborhoods—that was 33 years and $2 billion ago,” reads Reinvestment Fund’s memorial post about its founder. “He organized people, then he organized money, community capacity rallied, and all along the way he organized how we think about problems and their solutions.”

Nowak advised several Philadelphia mayors, while continuing to write and think nationally about community development finance and the need for capital in disenfranchised communities. In 2016, he suggested a third phase of development for the CDFI field, and he recently co-authored The New Localism with Bruce Katz. Nowak was most recently a distinguished visiting fellow at Drexel University’s Lindy Institute for Urban Innovation, and was meeting with mayors to discuss The New Localism. His insights and challenges will be missed in the field.