Over the last 15 years, criminal activity nuisance ordinances (CANOs) have proliferated throughout the country. CANOs are local laws that penalize property owners if there are repeated incidents of criminal activity on or near their property over a set period of time.

CANOs often indicate that property owners can avoid being fined if they show that they have taken steps to evict their tenants. Prior research found that landlords typically respond to a nuisance letter by pursuing formal eviction proceedings, with others engaging in a self-help eviction or other negative action against a tenant. These ordinances can, therefore, have extreme effects on tenants who happen to reside in a unit where a crime has been committed.

CANOs are adopted by a municipality to provide officials with the power to penalize the owners of property where criminal activity occurs. One common argument in favor of CANOs is that repeated criminal activity (such as drug use or violence) detracts from a neighbors’ quiet enjoyment of their property. Another focuses instead on non-criminal violations of unwritten “community norms” or character.

Research, however, suggests that concerns about preserving a certain “community character” often have race and class undertones, particularly as these concerns are commonly invoked when a predominantly white community is facing an influx of non-white residents. Courts have found that “protection of community character” can be code for racial prejudice and violates the Fair Housing Act’s prohibition against racial discrimination. Instances of racial and class prejudice are evident in discussions leading up to the adoption of CANOs.

That CANOs are disproportionately used against people of color is the basis for civil rights lawsuits challenging the ordinances. Moreover, by treating CANOs as all-encompassing tools to penalize trivial behavior deemed problematic—including non-criminal incidents that are not covered by the CANO—cities face constitutional objections for failing to provide sufficient notice of what is against the rules, allowing too much discretion to officials, and allowing for arbitrary (and race-based) enforcement. By treating “disrespectful” comments as a basis for penalizing landowners, cities violate basic First Amendment principles.

Other cities have adopted CANOs out of a preoccupation with renters who receive Housing Choice Vouchers (colloquially known as “Section 8”). Prior research indicates fears about housing voucher holders are predominantly driven by stereotypes, also often with racial undertones. Because protected classes are overrepresented among housing choice voucher holders, opposition to voucher holders can often be considered unlawful discrimination.

CANOs encourage landlords to police the behavior of their tenants. Studies suggest that eviction is a landlord’s most common response to receiving a nuisance letter. The vast majority of formal eviction proceedings—whether justified or not—are uncontested, likely due to the tenants’ confusion about their legal rights and the lack of legal representation. Some groups have therefore raised due process concerns, and some courts have struck down CANOs on this basis.

Since eviction is the most common response to receiving a nuisance notification, these laws put residents at significant risk for housing instability, which may actually exacerbate the conditions that initially triggered the notification, issues like domestic violence, mental health conditions, or drug addiction. In addition, housing instability and forced moves have a myriad of negative impacts on individuals, families, and neighborhoods. Besides the immediate financial hardship, eviction and other forced moves negatively impact mental and physical health, child academic achievement, and the ability to keep one’s job.

CANOs present many issues that should raise red flags for policymakers: from due process concerns, to discriminatory intent and effects, to dealing with the effects of eviction and homelessness.

We recommend a research agenda exploring the consequences of CANOs more broadly, specifically investigating whether nuisance violations disproportionately target people of color, domestic violence victims, and those who suffer from addiction. Often, a nuisance violation leads to eviction, and thus we also recommend increased support for legal counsel to tenants who may have been evicted as a result of reporting a crime.

In the meantime, we urge policymakers considering CANOs to design them carefully and monitor their implementation to prevent the negative outcomes found in our research. Specifically, cities and towns should limit them to actual criminal activity rather than target “community character” or  “quality of life” concerns in order to ensure that victims of crime are not punished when seeking help. Many cities in Cuyahoga County have already removed domestic violence from their ordinances as a result of our research findings, and we urge others to follow their lead. 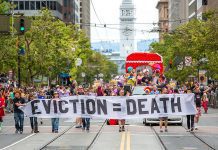 How State and Local Governments Can Avoid Mass Evictions 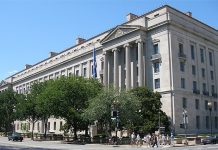 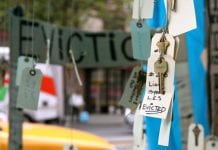