“I don’t want to build new tracks, I want to make sure people can live near our transit,”— Phil Washington, CEO of the Los Angeles County Metropolitan Transportation Authority, in response to complaints about transportation funds going to the construction of affordable housing.

While consumer financial protections are being dismantled on the federal level, fights are also taking place on the state level to maintain reasonable consumer protections around payday lending, a business model that relies on consumers getting into debt traps and rolling over multiple loans to pay off previous ones. The Florida state senate has passed a bill that would increase both the amount and payback time allowed for payday loans—essentially letting customers get into a deeper hole, ensuring more repeat business. Meanwhile, advocates like Prosperity Indiana had hoped to be focusing its efforts this year on passing a bill sponsored by Rep. State Senator Greg Walker to cap rates at 36 percent (instead of the more typical 200 to 400 percent APY). Unfortunately that bill didn’t make it out of committee, despite 88 percent support among voters, but another bill that would increase exemptions on existing size and rate caps for payday lender has passed the house and is headed to the Senate. States that have successfully passed rate caps and other protections might want to gird their loins for a likely defensive battle.

And we thought the U.S. had trouble with one-for-one replacement in public housing redevelopment. The redevelopment of the Heygate social housing development in Southwark, London, which once housed 3,000 people, including many homeowners who were given less than 40 percent of the market value of their homes when they were forced out, has ended up setting aside a measly 82 out of 2,530 new units for those who were, in the charming British term, “turfed out.” Even worse, the units in the first new building in the complex have been 100 percent sold to foreign investors, who got a two-year head start on even being allowed a chance to purchase them. Just in case it wasn’t clear enough that the private housing market is about profit, not housing.

Given stories like Heygate, the results of a UCLA study that found that people were more inclined to oppose a development once told that the developers were going to turn a tidy profit on it are not so surprising. The researchers conclude that people who oppose development often really just don’t like developers, and are likely to support policies like inclusionary zoning or linkage fees in part because of a desire to punish them, effectiveness aside. Given the question wording, it seems more like what people don’t like is high developer profit. But it is possible that well-earned negative feelings about certain developer behavior could be carrying over to all of them—even sometimes nonprofit developers. Perhaps it might help if the real estate industry collectively agreed on some ethical standards and priorities.

For decades, one of the primary concerns in the nonprofit housing development world was that we were losing affordable homes faster than we could build new ones, whether to terming out of affordability restrictions, price increases in appreciating neighborhoods, or physical deterioration and slumlords in less pricey areas. Washington, D.C., is addressing this head on by naming a dedicated housing preservation officer, (Ana Lopez Van Balen) and launching a $10 million public-private Affordable Housing Preservation Fund, managed by Capital Impact Partners and LISC. We’ll be having some upcoming articles talking about how community development organizations are moving into preservation work not just with properties where affordability restrictions are expiring, but also competing on the open market for currently affordable properties. Stay tuned!

The National Fair Housing Alliance (NFHA) settled a lawsuit in February with Travelers Indemnity Company guaranteeing that Washington, D.C., landlords will not be denied commercial insurance coverage from Travelers simply because their apartments are rented to people who use Housing Choice Vouchers, also known as Section 8. In Washington, D.C., Housing Choice Voucher participants are disproportionately African-American and women-headed households with children, meaning that this practice violated the Fair Housing Act. We’re glad NFHA was able to stop this practice, but it seems a shame they weren’t able to just take it on directly as discrimination against voucher holders. Another reason to look at including source of income as a protected class.

In a Shelterforce roundtable discussion on land use regulation and affordability last spring, Alan Mallach pointed out that many municipalities had large swaths of underused commercial and office space that could be zoned for multifamily housing. “If you go to a typical suburb,” he noted, “you see lots of buildings that are the size, appearance, and mass of multifamily housing, but they happen to be office and commercial buildings and hotels. There are large parts of these communities, especially along arterial roads, where you could build thousands and thousands of multifamily units without affecting the character of established single-family neighborhoods.” (Also, you wouldn’t be displacing existing residents, even if prices rose.) Lexington, Kentucky, is apparently giving this theory a try, with a rezoning of what has until now been forcibly auto-oriented retail strips. The zoning changes get rid of minimum parking requirements, reduce anti-density restrictions, and allow both retail and multifamily housing by right. We imagine we can’t really take any credit for it, but we’re really glad to see it happening. (While we’re dreaming, of course, it would be lovely if it also included some specific incentives to build low-cost and family-sized units in there.)

We use the internet for so much these days—schoolwork, banking, information, staying in contact with family, etc.—that it’s impossible to say online access isn’t a basic necessity. So we were surprised to read that 40 percent of people in Detroit do not have access to the internet because telecom companies have passed them, as well as other low-income cities and neighborhoods, over. (This type of avoidance has been called “digital redlining.”) But these communities are fighting back and building their own internet networks. A Detroit nonprofit is training community organizers to install networks and managing access, and a lot more. Bravo.

The Salvation Army has opened its first grocery store in Baltimore this week in an effort to address the lack of nutritious and low-cost food in and around low-income communities. The store, called DMG Foods, will also provide workforce development, nutritional classes, and other services, according to NonProfit Quarterly. If everything goes well, the Salvation Army could open more stores in other food deserts, they say. We applaud the efforts and look forward to seeing how this project works out in Baltimore, and if it does, how it can be replicated elsewhere. However, with the Salvation Army’s history of anti-LGBT discrimination, we’re wary of the possibility that some people in need won’t be able to access these services. We’re keeping a watchful eye on this one.

The Washington Post reported a disturbing trend this week—hospitals are promoting bank loans to patients in their care, sometimes even in the emergency room. (And you thought ambulance chasers were bad.) This has obviously raised concerns. “Patients may feel they have no choice but to sign up since they need treatment—and the quick loan process means they may well be signing on for expenses they cannot afford to pay,” according to the piece. (Even worse, the loans are sometimes for estimated costs far higher than their bills actually would have been.)

As if we aren’t already in the middle of an affordable housing crisis . . . Rent prices in New York City have increased by more than 33 percent since 2014. But that’s not all; there are also fewer apartments for rent. In 2014, there were 182,600 vacant rental and homeownership units that were NOT available for sale or rent; in 2017, that number rose to 248,000 units. “The number of vacant units not available for rent or purchase is more than all the new housing units created from 2014 to 2017,” according to the Association for Neighborhood and Housing Development. We’ll have more about this in our spring 2018 issue of Shelterforce. (Make sure you get the next issue delivered to your doorstep.)

The nation’s largest public housing authority has been having a very difficult time coming back from a series of reports of negligence, and now a recently filed lawsuit by New York City Housing Authority tenants demands that an independent monitor be brought in to oversee the authority. After highly publicized stories about lead and mold in apartments and a lack of heat and hot water during record-low temperatures in the city this winter, NYCHA residents (and their appointed leaders) have said enough is enough. Their lawsuit includes a complaint that the authority did not meet federal hiring and contracting requirements of NYCHA residents. Knowing a thing or two about what an uphill battle it is for any public housing authority—no less the biggest one—to obtain adequate funding, we are simply hopeful that the result of this increased scrutiny is a fair process and safer housing for residents. 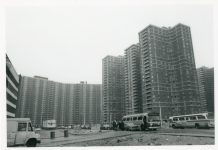