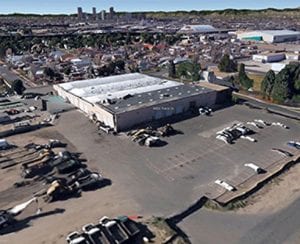 We’ve all heard the tale: long neglected places, usually in major cities, usually communities of color, are “discovered” in Christopher Columbus-like fashion and begin changing in ways that cause long-time residents to be physically displaced, or at the very least feeling a significant loss of political control and neighborhood identity.

These neighborhood transformations can sometimes be intentional, initiated by planned economic development efforts like large-scale public investment to create new infrastructure and amenities; transportation projects, sports arenas, convention facilities and parks. But more often, the changes labeled as gentrification are unknowingly sparked by some random combination of well-intentioned actions over the course of several years. Many philanthropic, government, and nonprofit organizations typically seek to improve the physical and social conditions for families living in distressed low income areas, commonly referred to as community development or neighborhood revitalization.

However, any veteran community development practitioner must also acknowledge the dual responsibility of creating neighborhood improvements while also managing the potential of those same improvements to change private market perceptions that attract new higher income “urban pioneers” who often precede displacement. Many of these communities have neither the resources nor the technical knowledge to resist what is for them, detrimental market driven change. This holds true throughout most major cities of the United States today as a result of the strong domestic economy and financial stability resulting from the intentional efforts of President Obama’s administration.

Clearly, even greater resources and responses that truly match the magnitude of new transformational multi-billion dollar investments are required to guarantee some hope of preventing socio-economic injustice in each of the aforementioned cases. In the face of such tremendous and often rapid change, one can readily anticipate that without swift and decisive action, meeting the critical needs of the American working class majority will be an impossible dream.

An innovative example set in Kentucky by the Lexington Community Land Trust in partnership with Habitat for Humanity should be recognized and replicated as a model for success. Their nonprofit organization has engaged local residents and government partners to proactively secure ownership of land and financial resources for the historic low income community of Davis Bottom, in the face of change stemming from an $87 million federally funded highway extension. The effort will result in a newly revitalized 25 acre neighborhood; containing 80 new quality housing options with mixed-use commercial development, all stewarded in perpetuity by the non-profit land trust. The Lexington Community Land Trust is financially sustainable with $1.25 million of its operating costs over the first five years paid by the project. Not only was the Davis Bottom neighborhood preserved, but community residents are represented in all aspects of decision making, representing one-third of the land trust Board of Directors.

Historically, there are clear examples of communities of color attaining control of land to successfully control the economic and social destiny of their own communities. The lessons of the original Community Land Trust: New Communities, founded in rural Albany, Georgia during the late  1960s, foreclosed upon in 1985 and then miraculously resurrected in 2011 when the organization was awarded $12.8 million as part of a settlement in the Pigford v. Glickman federal discrimination class-action lawsuit.  Today, New Communities’ steadfast original leaders and little-known civil rights icons, Charles and Shirley Sherrod, have acquired an over 1,600 acre former Georgia slave plantation, now renamed Resora, to continue their work to promote racial harmony and build sustainable economic futures for Southwest Georgia families. The forthcoming 2016 documentary film, Arc of Justice will chronicle their remarkable 55-year saga for audiences nationwide.

The inspirational success of Boston’s Dudley Street Neighborhood Initiative in Roxbury is also a compelling model for resident inspired change; from the 1988 community rallying cry of “Take a Stand, Own the Land,” fighting for control of long vacant and abandoned neighborhood land in need of redevelopment, to the granting of the power of eminent domain to their neighborhood nonprofit  creating a thriving stable working class community of color today.

It seems logical to concede that all neighborhoods will and must change over time, as do the varied needs of the families living within those communities. Changes in living wage job access due to the relocation of large scale private manufacturing facilities, or the business decisions of anchor institutions like private hospitals and universities have the power to influence the long-term economic destiny of the communities they exist in. A well informed community organizing effort with a targeted purpose should be the first line of defense in protecting opportunities for wealth building and access to opportunities for upward mobility in working class communities as they experience inevitable changes.

It is not, however, sufficient to endlessly talk about unjust circumstances as abstract concepts and ideas. Those truly concerned must act collectively to achieve a well-defined impact. Now is not the time to sit in conference rooms and board rooms, calmly discussing negative impacts to others who are not present and were not invited. We each must act with passion and resolve to lead by example; educating and supporting community residents and youth to take control of their economic futures–voting for and demanding equitable access to land and resources with which to create community wealth for themselves.

If equity really matters to you, then act.