At the opening plenary of PolicyLink’s 5th Equity Summit, held this week in Los Angeles, Raj Chetty, the researcher who has found that moving to an area with higher opportunity and social mobility has lifelong effects for young children, set the stage for the conversation with a review of his findings. Chetty uses big data to track the effect on lifelong earnings of moves to areas of higher opportunity at different ages, and finds a strong correlation, diminishing sharply with age, until a move as a young adult has no statistical effect.

The way Chetty frames mobility has always been interesting to me—it’s always in terms of how likely you are to move from the bottom fifth to the top fifth of the income distribution. I can’t help but wonder if this is a political choice rather than a choice to study what matters most—it allows for his famous line that you are twice as likely to achieve the “American Dream” in Canada, with this version of the American Dream being the rags to riches myth. And he himself in the ensuing discussion noted that folks who are reluctant to talk about equity, income inequality, or alleviating the suffering caused by poverty become interested when you frame the conversation as about preserving the conditions for economic mobility. (Ironically, of course, lessening income inequality is one of those conditions, and reducing segregation is another.) But is that the right measure for us to be looking at?

Comparative income quintiles don’t tell us very much about the material conditions of people’s lives. When someone rises into the top fifth, someone else falls into the bottom fifth. Income, as we know, ignores the substantial effects of asset inequality [more in Rooflines on asset inequality here and here]. In an area where income inequality is relatively flat and the floor is relatively high, it will be both easier to move from one end of the spectrum to the other and less important how far you go.

Clearly Chetty’s work is very powerful, and getting a lot of attention. He is both consulting with the federal government on how to improve its Section 8 voucher program to allow it to enable more mobility—a high-profile shot in the arm for a case advocates have been making for a long time—and, as in this conference—coming out strong on the need to focus on place-specific interventions to increase the conditions that allow for mobility.

But I also think that for most of us, our aims are somewhat more than preserving the chance for rags to riches. In fact, the idea that many Americans consider themselves temporarily embarrassed millionaires, in the famous words of John Steinbeck, has been a major obstacle to progressive policy and tax reform, and I am a little hesitant about describing research results in a way that adds to that expectation.

I think most of us doing this work have a vision of a society where you don’t need to be in the top 20 percent to be successful, and where income is not the definition of success, but rather the basic underlying condition that allows people to develop their full potential—whether it be getting patents to their name (which is something Chetty showed tracks closely with income as a way of observing that limiting mobility is also keeping the whole economy limited, creating art, or contributing to their community in less flashy but no less important ways.

Chetty’s data sets may not have assets information, but I think he wouldn’t have to do very much to recrunch the data to also talk about the regional differences in total numbers of people rising from below what is considered minimum income sufficient to have a good basic standard of living to above that, or even to twice that, allowing for some cushion and choice. I’d love to see those numbers offered alongside the bottom fifth/upper fifth angle. 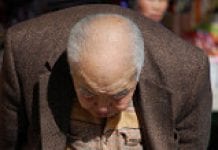 Not All Asian Elderly Are Well Off