Still, building healthy, vibrant and sustainable communities requires more than “bottom up” solutions. The importance of community ownership to ensure that projects that start at the bottom result in lasting community wealth for the people involved is often missing from the discussion.

The local foods movement provides examples that illustrate the importance of this ownership principle in practice. Access to healthy food is a critical component of any vibrant community. Food deserts, as we all know, plague many low-income communities.

While eliminating these food deserts often involves resources from outside of the community, ensuring community ownership in any project means that as a neighborhood rebounds it maintains control of its assets and identity.

One strategy for ensuring community ownership can be seen in Pittsburgh’s Hill District. In 2008, community organizations successfully negotiated the city’s first ever Community Benefits Agreement (CBA). As part of this agreement, the Hill House Economic Development Corporation received $2 million in commitments from the Pittsburgh Penguins and the Pittsburgh Urban Redevelopment Authority to help develop the neighborhood’s first grocery store in over 30 years.

Importantly, Hill House EDC continues to own the land on which the store is built, ensuring that lease payments provide earned income revenue for years to come to financially support the nonprofit. Additionally, as part of the CBA, Hill District residents referred by a newly established First Source Center receive first consideration for all hires.

For the last decade, the nonprofit People’s Grocery in West Oakland, Calif., has been actively engaging youth and the community in a variety of successful urban agriculture projects. Unable to find private investors interested in financing a full-service grocery store in this food desert, where there are currently 53 liquor stores, community leaders associated with this project came together to form The People’s Community Market. It is funded through a direct public offering, so Californians can invest directly in the project through the store’s website, earning 3 percent annual interest and receiving a 1 percent store credit.

Support from California FreshWorks, a $272 million public-private loan fund that aims to eliminate food deserts throughout the state, was critical to the early stages of the project. The loan fund, which pooled resources from a variety of stakeholders including important hospital and foundation anchor institutions (California Endowment, Kaiser Permanente, and Dignity Health), provided the initial capital to support the development of the direct public offering and will match 2:1 (thereby providing the capital need to fully construct the store) if the community can raise $1.2 million. More than $420,000 has been raised to date.

Anchor institutions—placed-based, nonprofit organizations like hospitals and universities—have long been potential resources for creating community-centric revitalization. For example, Syracuse University has been a critical player in a project to bring a food cooperative to the city’s South Side, providing a $207,000 grant and allowing students and faculty to participate as part of their academic work. This project, which broke ground in May 2012, marks not just an attempt to eliminate a food desert, but the first new construction in that neighborhood in 30 years!

In Indianapolis, Community Health Network was one of several partners to help financially support the Indy Food Co-op, which opened the city’s first community-owned, nonprofit grocery store in a food desert in the Near Eastside neighborhood at the end of 2010.

A framework for revitalization that includes local purchasing and hiring, employee and community ownership, and anchor institution and community stakeholder support is necessary to guarantee that, over the long term, the community retains control of its important assets. Access to healthy and affordable food is just one piece of a vibrant community. If done right, new investment in this area can become a building block for a larger transformation, ensuring stabilization instead of gentrification, and guaranteeing that wealth is anchored in the community for local residents. 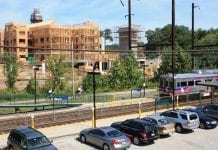 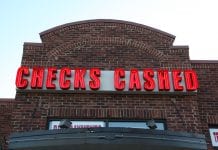 Transportation and Fair Housing Part 1: We Need a Better Measure of Opportunity