We should know better.

In 1987, the World Commission on Environment and Development – known as the Brundtland Commission for the Commission’s chairwoman, Gro Harlem Brundtland (then prime minister of Norway)—define the phrase sustainable development as “development that meets the needs of the present without compromising the ability of future generations to meet their own needs.”

Yet 25 years later, Americans are neither restoring the structures we have nor constructing high-quality replacements that are intended to last longer than 50 years.  How is our conventional practice meeting the definition of sustainable development identified in the late ‘80s?

In the late 19th century, proprietors held such pride in the construction of their buildings that they would inscribe their own last name into the building façade.  Many of those buildings still maintain structural integrity over 100 years later.  Today, Americans find themselves so concerned with budgetary restrictions and liability that designers, engineers, and construction companies have to point fingers at one another if a building is called into question. Sure, we have several gems that transcend this mainstream approach to construction. Yet they aren’t enough. They haven’t become conventional practice.

Until they do, the usage of “sustainability,” “sustainable development,” and other associated phrases collectively amounts to just a bunch of talk.

Over the past year, I’ve described 10 opportunity profiles in my Rooflines posts. Have a look at what has happened to them:

Summarized (statisticians: work with us on our generalizing here) we have:

These results speak for themselves.  My co-author and I didn’t select these structures in anticipation of specific outcomes.  We didn’t lay out the set of blog posts in January so that a certain ratio of demolition vs. renovation would result by December.  Rather, we blended local current events with broader affairs so as to connect our love for existing building rehabilitation with politics, theories, plans, and community/economic development.  So if in one year, Milwaukee chose to demolish 40 percent of the sites we thought were worth further consideration (with another ~20 percent underway), what does that say about the broader statistics for our municipality, for the region, for the state, and across the country?  With programs like the Strategic Blight Elimination Program touting demolition yet marketing zero vision for these sites post-demolition, we must confidently state that 21st century conventional development in the United States is looking terribly fragile. 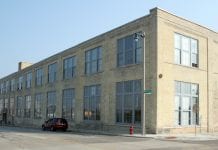 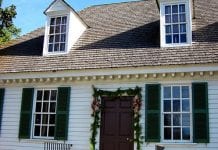 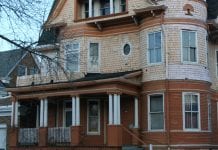 Property Owners as Stewards of a Community Vision