Watching the scenes of devastation coming out of New York City and New Jersey from Hurricane Sandy, it’s hard not to think again of Katrina (despite their many differences, certainly) and what we have and haven’t learned since then.

I visited New Orleans for the first time last January. Not having been there pre-Katrina, I had little to compare it to, and I found it in both better and worse shape than I had imagined. The closely interlaced rebuilt homes and complete ruins were an odd contrast, and the prairie dotted with new homes that is the Lower 9th Ward was particuarly eerie, and yet also inspiring.

I know that New Orleans started off in trouble, and that the inequalities and political messes that existed there were amplified by the recovery process, even as there was heroic on-the-ground work being done. So when I sat down to read Tom Wooten’s We Shall Not Be Moved: Rebuilding Home in the Wake of Katrina, I found myself surprised by how upbeat it was. It was a great read (here’s a glowing review from Yes! magazine), and has some inspiring moments, but its atmosphere didn’t quite align with everything I’d heard, and it left me feeling like it might be too good to be the full picture.

Unfortunately, it seems that it was.

In a review of the book for us, Lydia Pelot-Hobbs, who like Wooten spent years in the city supporting recovery efforts, says that too much crucial context is missing from the book, in terms of political and structural macro forces, and in terms of which stories were chosen to tell. While no one book can do it all, We Shall Not Be Moved is a narrow enough slice as to be misleading, she argues.

Kalima Rose, who directed PolicyLink’s post-Katrina work in New Orleans and recently reviewed the post-Katrina film Land of Opporunity for us, agrees. She enjoyed Wooten’s “masterful documentation of the community organizers he covered” and “the cogent recounting of the crazy and redundant planning processes,” she told us, and says he’s clearly a “good interviewer from outside the community” who made “a useful contribution of documenting those important leaders.”

However, Rose agrees that Wooten “did miss the big structural forces that so defined the recovery—the incredible race and class impacts, the wholesale privatization of the school system, the organizations who built the thousands of rental homes to get seniors and the poor back.”

Especially in such a divided place as New Orleans, context matters. As the storms keep coming, which they will, we will all need to keep our eyes on both the big picture and the ground-level organizing and recovery efforts. 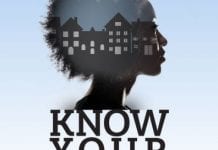