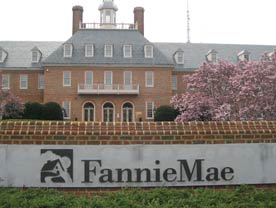 The discussion around how to define a qualified residential mortgage (QRM) has dragged on for over a year now, with no end in sight. But advocates haven’t let it go, and are continuing to raise the volume on their concerns about the proposed definition’s negative long-term, downstream effects on the housing market.

The Dodd-Frank Act says MBS issuers must retain 5 percent of the risk for securitized mortgages, but exempts risk retention for a small category of “very safe” loans — QRMs. Federal regulators have proposed that part of the definition of very safe be a minimum down payment of as high as 20 percent. Housing and fair lending advocates have said both publicly and in comments to regulators that that could create a dual mortgage market: QRMs for those who can afford them and essentially subprime loans for everyone else, most notably for first-time homebuyers, people of color, and people with little savings or disposable income. Others say a high downpayment requirement for QRM could further concentrate lending in the too-big-to-fail banks that can afford to keep nonconforming loans on their books.

This would really be a major step back for middle America as well as for the low-income households who are looking to be homeowners in the future,” said David Berenbaum, chief program officer for the ‘National Community Reinvestment Coalition, adding that a 20 percent down QRM could “disqualify many more households for homeownership.” The Center for Responsible Lending, in comments to regulators, suggested that a final rule should eliminate downpayment as a defining factor altogether: “This would ensure that QRM loans are not only sustainable and properly underwritten, but also affordable to most homebuyers.”

NCRC, CRL, and other traditional advocates are not alone. Mortgage Bankers Association, the National Association of Realtors, and other industry titans, share the same view (though their motives and opinions on other aspects of what makes a safe loan product may be somewhat different). In February, David Stevens, MBA president and former head of FHA, told National Mortgage News that a 20 percent down payment restriction would amount to “a direct attack on first-time homebuyers, African-American borrowers, and Latinos.”