Diamond State staff, having many years experience in purchase/rehab/for-sale programs and neighborhood stabilization and revitalization, understood the limitations of NSP. They began working to help the state make the most of its NSP allocation by enlisting partners, including Discover Bank, New Community Partners, and Morgan Stanley New Markets, and creating a plan to leverage up the $19.6 million into a statewide working pool of $55 million for use in the hardest hit neighborhoods. This coalition was one of few groups nationwide looking to leverage NSP in this way.

As Diamond State educated the five jurisdictions on its plan to benefit the entire state, Kent County recognized the power of the financing mechanism to multiply its portion of the NSP funds. They also saw the advantage of the CLT model and what it could do for them in terms of permanently affordable homeownership and cost-effectiveness of public investment. Residential community land trusts hold land in perpetuity, preserving public investment and passing it on in the form of continued affordability to the next generations of homeowners. Diamond State’s current statewide inventory of 24 permanently affordable homes is preserving more than $2 million in public investments.

In Delaware, 15 years from now, there will be no lingering effect from the millions of invested NSP funds except those homes preserved through the CLT model. Kent chose the path less traveled — but one they believe to be a wiser one, keeping NSP dollars working for Kent County families generation after generation.

“Diamond State showed us that if we invested our funds using the community land trust model it would also equip us to fortify and perpetuate our affordable housing stock for decades. It was a rare chance to make a big, long-term difference for our county and we took it,” says Keifer. 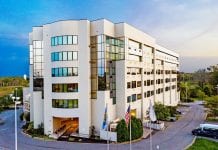 As the Pandemic Continues, Officials Look to Long-Term Housing Options with Hotels