Tenants living in properties going through foreclosure are innocent and hidden victims of a foreclosure crisis they did nothing to create. A report by the National Low Income Housing Coalition, “Out of Reach 2009,” estimates that 40 percent of the families facing foreclosure-related evictions nationwide are tenants, a figure likely to increase as more apartment buildings fall into foreclosure.

Tenants in these properties face many problems, everything from utility shut-offs to eviction and loss of security deposits. Families are being forced into homelessness for no good reason. Banks continue to enforce irrational and callous policies of evicting all tenants after foreclosure, displacing hundreds of thousands of tenants from their homes so that properties can sit vacant. It is not only the displaced tenants who suffer. With such widespread displacement, entire communities are deteriorating due to prolonged vacancies and blight.

On May 20, 2009, President Obama signed into law the Helping Families Save Their Homes Act, which included the Protecting Tenants at Foreclosure Act (PTFA). The PTFA provides much-needed relief for tenants across the country in properties going through foreclosure. The enactment of the PTFA represents an important advance for tenants, both because of the law’s specific protections and because it represents the first federal legislation to protect tenants in nearly 20 years.

The PTFA provides tenants with the right to 90 days’ notice of eviction after foreclosure. The act also requires new owners after foreclosure (usually banks) to allow tenants with leases to continue occupying the property until the end of the lease term, with the exception that a lease can be terminated on 90 days notice if the unit is sold to a buyer who intends to move into the property. The law provides parallel protections to Section 8 voucher holders and makes clear that the successive owner is bound by any Section 8 lease or Housing Assistance Payment (HAP) contracts in existence before foreclosure. The protections of the PTFA went into effect on May 20, 2009, and are scheduled to expire at the end of 2012.

The protections of the act are limited to “bona fide” leases and tenancies. A bona fide lease or tenancy is defined in the statute as one where “(1) the mortgagor or the child, spouse, or parent of the mortgagor under the contract is not the tenant; (2) the lease or tenancy was the result of an arms-length transaction; and (3) the lease or tenancy requires the receipt of rent that is not substantially less than fair market rent for the property or the unit’s rent is reduced or subsidized due to a Federal, State, or local subsidy.” If the tenancy is not “bona fide” under this definition, the tenant may still have rights under state or local law, but the federal law will not apply.

In New Jersey and Washington, D.C., banks cannot evict tenants just because a foreclosure has occurred. The same is true in cities that have local just cause for eviction laws, such as New York City. In California, a growing number of cities are passing just cause laws targeting properties after foreclosure. Recently, two more California cities — Richmond and Ridgecrest — passed laws to stop evictions of tenants after foreclosure. These laws represent a cost free and effective way for local governments to stop unfair and unnecessary evictions by banks after foreclosure.

While the federal law does not stop the senseless eviction of rent-paying tenants, it does provide important protections that soften the blow to innocent tenants in foreclosure situations. Not surprisingly, many banks, acting through local real estate agents and attorneys, are evicting tenants without complying with the new federal law. It is essential that tenants in properties facing foreclosure get help, learn about their rights, and stand up to banks that fail to comply with the law.

There has been little public discussion of the broader significance of this new federal tenant rights law. We have become accustomed to a national housing policy that promotes and subsidizes homeownership, while underfunding and eliminating affordable rental housing opportunities. Chronic underfunding of the Section 8 voucher program, demolition (and threatened demolition) of public housing units, and a tax policy that provides credits and deductions to homeowners but not renters, are just a few examples of the imbalance in our housing policy in recent history. Against this backdrop, the passage of a federal law to set some minimum standards for how banks treat tenants after foreclosure is an important step forward.

It is not yet clear whether the PTFA was simply a one-time legislative response to mitigate abusive conduct by banks toward tenants after foreclosure or whether it signals a new era of federal concern over the plight of tenants. With an estimated one-third of Americans living as tenants and struggling to make ends meet in the current economy, now is a perfect time for the federal government to take a more proactive role to protect tenants. 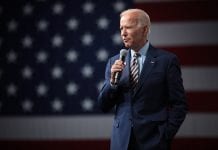 What Could a Joe Biden Presidency Accomplish on Affordable Housing?