“Expiring use,” a term used to reference housing units whose affordability restrictions can end if owners prepay their subsidized mortgages or decide against renewing their rent assistance contracts upon expiration, is not an unfamiliar nomenclature in the affordable housing world. The first wave hit in the late 1980s, when units subsidized with below-market interest rate mortgages in the 1960s and 1970s under the Section 236 and Section 221(d)(3) programs began to reach the 20-year mark at which owners were eligible to prepay their mortgages and opt out of keeping the units affordable.

Many owners did so, especially those in hot markets. But two federal provisions passed in 1987, known as the Title II and VI Preservation Program, saved about 90,000 units by providing various incentives for owners to remain in the programs (such as Section 8 subsidy increases and lucrative equity take-out loans) and by requiring owners to either refinance as affordable housing or sell to a nonprofit or tenant group that would preserve affordability. Tenants groups or nonprofits purchased about 30,000 units using this provision. But these laws were terminated in 1996, and the National Alliance of HUD Tenants (NAHT) estimates that 360,000 units have since been lost as owners decide to prepay mortgages and/or not renew expiring Section 8 contracts.

The next several years may see an even greater loss of affordable housing as the 40-year mortgages are themselves expiring. A 2004 GAO report found that 21 percent of HUD-subsidized mortgages are scheduled to reach maturity by 2013. This amounts to 2,328 properties and 237,000 units. (In addition, about 30,000 units saved under the Title II Preservation Program will also have their use restrictions expire with the end of the mortgage, despite the additional incentives owners received not to opt out in the early 1990s. These units were missed by the GAO report, according to NAHT.)

There are currently no requirements for owners to extend HUD contracts beyond the 40-year mortgages. Since current rents are tied to the original subsidized mortgages and are typically hundreds of dollars per month below market, the temptation to convert to market rents is very real. Only a few cities with local rent controls, such as Los Angeles, have been able to limit huge rent hikes.

In expiring mortgage buildings where owners decide to not renew, or “opt out,” of project-based Section 8 contracts, current tenants are at least eligible for “enhanced vouchers,” which allow them to stay in their homes by paying the full market rent to the owner. But the issue here is replacement, not displacement. Each time a low-income resident leaves, that unit converts to market rate and is lost to the affordable housing stock for good.

And for the 101,000 families in expiring mortgage buildings who do not now receive Section 8, there are no federal protections in place whatsoever. They are not currently eligible for enhanced vouchers and face immediate displacement when mortgages end and rents increase. Nor are they entitled to the one-year notice provisions that Section 8 tenants get or the 150-day prepayment notices for non-Section 8 tenants.

For tenants like Evelyn Cobb, a hard-working single mother and naturalized citizen from Jamaica who lives in the 967-unit Georgetowne Homes complex in Boston’s Hyde Park, these threats are real. Cobb, who is employed as a commercial analyst, says “There’s no way I can afford a $700 per month rent increase, which is what the owner could charge when the mortgage runs out next March. I’m having a hard time making ends meet now.”

Cobb, a leader of Georgetowne Tenants United, questions the fairness of Georgetowne owner Howard Cohen making $170 million in windfall profits, paid for by tenants and federal, state, and city subsidies, if his company carries through on threats to convert to market. “People objected when AIG got $160 million from taxpayers for bonuses paid to 3,000 employees last year,” she notes. “Yet just one person stands to make a bigger windfall at Georgetowne.”

Fighting for the Right to Remain in Southwest Yonkers 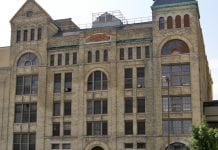 How Influential, the Voice of Another