The U.S. Department of Housing and Urban Development under the Obama administration is equipped with an impressive list of housing experts at the top. But with the housing crisis that’s continued to grip the country, success won’t come easy for anyone, particularly for the principal staff at HUD — an agency that has gone from “sitting at the kids’ table,” Sen. Robert Menendez (D-NJ) told Affordable Housing Finance in September 2009, to an agency that now sets major policy initiatives integral to the housing market recovery.

While this is a list of principal staff, we didn’t want to exclude some important voices at HUD, including William Apgar, the former Federal Housing Administration commissioner who is now Secretary Donovan’s senior adviser for mortgage finance; Barbara Sard, HUD’s senior adviser for rental assistance, who was previously the Center on Budget and Policy Priorities’ director of housing policy; and Shelley Poticha, the senior adviser for sustainable housing and communities, who prior to coming to HUD was president and CEO of Reconnecting America.

As county executive for King County in Washington State, Sims garnered national attention for his work on urban development, affordable housing, transportation, and homelessness. King County, the 13th-largest county in the country, has a metropolitan area of 1.8 million residents and 39 cities that includes Seattle. During his three terms as county executive, his administration funded 5,632 units of housing. Sims is also known for his work on climate change, smart growth, environmental protection, and equity and social change. As deputy secretary, Sims manages HUD’s day-to-day operations, a nearly $39 billion annual operating budget and the agency’s 8,500 employees.

With a career working on affordable housing and civil rights, Mercedes Márquez comes to HUD from Los Angeles, where she was the general manager of the Los Angeles Housing Department, and will administer nearly $8 billion in programs designed to spur community development, affordable housing, as well as a variety of special needs assistance programs. Márquez has also practiced law, specializing in public interest litigation including slumlord, fair housing, public housing, sexual harassment, employment discrimination, and constitutional issues cases. For Márquez, this is a second tour of duty at HUD, having first served as the senior counsel for civil rights and fair housing to HUD Secretary Andrew Cuomo during President Bill Clinton’s second term.

John Trasviña heads up the office that administers and enforces federal laws and establishes policies that promote equal access housing. He comes to HUD fresh off his tenure as president and general counsel of the Mexican American Legal Defense and Educational Fund (MALDEF) where he led the law firm by advancing public policy in the areas of civil rights, immigration, education and related issues. In between launching his career at MALDEF in 1985 and his leading the firm, Trasviña worked for U.S. Sen. Paul Simon (D-Ill.) as general counsel and staff director for the U.S. Senate Judiciary Subcommittee on the Constitution, and in 1997, President Clinton appointed Trasviña as Special Counsel for Immigration Related Unfair Employment Practices. Trasviña was also the highest-ranking Latino attorney at the Justice Department.

Raphael Bostic is the principal advisor to Secretary Donovan for overall departmental policy, program evaluations, demonstrations, and research. A professor at the University of Southern California’s School of Policy, Planning, and Development, Bostic is known for his work analyzing the roles that credit markets, financing, and policy play in enhancing household access to economic and social amenities. Before his position at USC, he was Director of USC’s Master of Real Estate Development degree program and was the founding director of the Casden Real Estate Economics Forecast. At 43, Bostic is among the youngest of HUD’s principal staff, though this is his second turn at HUD, first serving as a special assistant for Policy Development and Research in the Clinton administration.

A former chief of staff to Sen. John Kerry (D-Mass.), Kanovsky is HUD’s chief law officer and serves as the legal advisory to Secretary Donovan and HUD staff. Her office is responsible for the development of HUD regulations and assists in the development of HUD programs and policies and oversees more than 600 employees. She also heads up the Departmental Enforcement Center. Prior to joining HUD, Kanovsky served as the chief operating officer and general counsel of the AFL-CIO Housing Investment Trust.

Sandra B. Henriquez, Assistant Secretary for Public and Indian Housing 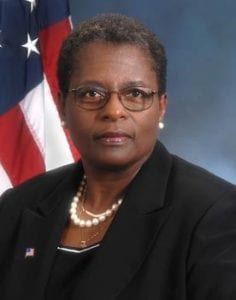 For more than a decade, Henriquez served as the chief of the Boston Housing Authority (BHA), one of the country’s largest housing authorities and a cabinet position within the administration of Boston Mayor Thomas M. Menino. Henriquez oversees the nation’s public housing and rental assistance programs that assist approximately 3.2 million low-income families across the U.S. She is also responsible for HUD’s Native American and Native Hawaiian programs, which serve 562 federally recognized tribes. Her tenure at BHA was punctuated by employing the HOPE VI Revitalization program to redevelop old public housing as well as implementing programs to help the homeless and institute green practices in building maintenance and construction.

A key member of HUD’s senior leadership, Kovar works under Deputy Secretary Sims and serves as the chief liaison to members of Congress, to state and local leaders, and to public interest groups. Prior to his current post, Kovar served for 18 years as chief of staff to Rep. Barney Frank (D-Mass.), the chairman of the House Financial Services Committee, which has jurisdiction over federal housing policy.

An alumnus of Wells Fargo, Freddie Mac, and World Savings Bank, David Stevens oversees and administers the $600 billion FHA insurance portfolio, which now includes well over 20 percent of the mortgages in the domestic housing market. Stevens’ is also responsible for other HUD programs, including multifamily subsidized housing, health care facilities, as well as the regulatory areas of the Real Estate Settlement Procedures Act (RESPA), and manufactured housing.

Mark Linton, Director of the Center for Faith-Based and Neighborhood Partnerships

Mark Linton was previously an aide for President Barack Obama’s U.S. Senate Office, focusing on social policy as well as a member of the religious outreach team of the Obama for America campaign. Following the election, Linton was a member of the presidential transition team, reviewing the Bush administration’s faith-based initiative. Linton also worked and consulted for Catholic Relief Services for five years, based in Baltimore and taking assignments in the Balkans, the Caucasus and South America