When it comes to long-avoided social problems, one can always take the perspective of a former celebrity long out of the limelight: Any attention, even the most sensational, is better than none at all. It’s especially tempting, in an election year, to be grateful when a deliberately provocative story by a talented journalist draws attention to something as out of the limelight as inner-city poverty or low-income housing policy. But when that story sensationalizes some facts, misstates others, skews the views of policy experts to fit a narrow storyline, and confuses the public policies it means to address — as Hanna Rosin’s recent article, “American Murder Mystery” (The Atlantic, July/August) does — it reinforces misleading stereotypes rather than contributes to a much-needed dialogue. This is part investigative reporting, part misleading caricature.

Rosin paints a lurid, stark picture, using Memphis as a case study, to indict a number of national efforts begun in the early 1990s to tackle the thorny problem of geographically concentrated “ghetto” poverty. Rosin chooses to focus on two major federal housing programs, both of which use federal funds from the U.S. Department of Housing and Urban Development and are implemented by local agencies.

One of them — still known as “Section 8,” though its official name is the Housing Choice Voucher Program — was launched in the Nixon administration. Section 8 gives low-income families housing vouchers so they can rent apartments in the private market and perhaps escape some of America’s poorest and most dangerous neighborhoods. Nationwide, there are currently about two million families with housing vouchers.

HOPE VI’s track record — on displacement and other measures — varies widely from city to city. In some projects, almost everyone who was displaced by the bulldozer eventually returned to live in the renovated mixed-income developments. Elsewhere, less than 5 percent came back. Susan Popkin of the Urban Institute estimates that overall, about 30 percent of tenants in HOPE VI projects have moved back so far. Some who moved elsewhere found housing that satisfied them, especially those who were given Section 8 vouchers to help them pay the rent. A study of 49,000 displaced public housing residents by the General Accounting Office found that about 50 percent moved to other public housing, about 30 percent moved with vouchers, and the rest were either evicted for lease violations or relocated on their own, i.e., without assistance (some had earned more income and were no longer eligible to receive assistance).

In general, families with rent vouchers, but especially those displaced from public housing as a result of HOPE VI redevelopment, tended to move to dramatically safer neighborhoods, with much lower crime rates and correspondingly lower levels of resident fear and anxiety. Few relocatees moved to solidly middle-income enclaves, but most found apartments in areas with somewhat less poverty.

Rosin’s major point is that these two quite dissimilar efforts to address the problems in urban ghettos backfired because the poor brought their problems with them, including violent crime. She treats a spike in murder as an unintended consequence of policy reform. She asserts, without much evidence, that a veritable tidal wave of low-income families has destabilized once-safe neighborhoods. Gangs and their drug dealing and violence apparently “migrated” as a direct result of Hope VI and Section 8 — as part of what she calls a grand “anti-poverty experiment.” Complex and mixed crime trends in other cities are quickly thrown in to help make the case. For example, Rosin links the reduction of crime in New York City to its rising rents, forcing poor families, using Section 8 vouchers, to move to New Jersey’s cities and suburbs, where crime is growing. In fact, fewer than 240 families have used vouchers to move from New York City to New Jersey.

The “mystery” of a spike in murder rates, particularly in Memphis and other mid-sized cities where police chiefs and citizens are alarmed, is not so mysterious, according to Rosin, when one follows the trail of misguided housing policy. She blames Henry Cisneros, Clinton’s first HUD Secretary, and other naive liberal reformers for failing to anticipate what she misleadingly claims are the severe negative consequences of these policies.

But Rosin gets key facts wrong and uses others in misleading ways. She provides no evidence that the low-income families who moved to neighborhoods outside the traditional ghetto contributed significantly to the growth of poverty in those areas, let alone that they were responsible for the uptick in crime. She briefly acknowledges, but fails to explore, the other factors that have contributed to an increase in murders, other violent crimes, and neighborhood instability in Memphis and other American cities — leaving the reader inappropriately confident in her ghetto-migration hypothesis about the crime increase. Though Rosin has stated, in subsequent media appearances, that her intention was to help “start a conversation,” the article leads — from the title down — with an exaggerated and circumstantial case. 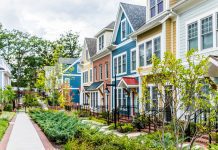 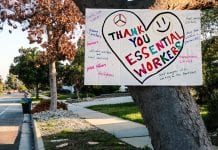 Your Essential Worker May Be a Voucher Holder