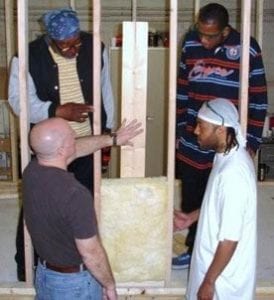 By now the green revolution should be underway in your town. The question is: What does it mean for your community? For the construction and architectural professions, the answer increasingly revolves around Leadership in Energy and Environmental Design (LEED) certification.

Established by the U.S. Green Building Council (USGBC) in 2000, LEED certification is actively being pursued not only for new commercial development but also for renovation of existing buildings, including homes and offices, and for entire neighborhoods.

LEED certification also presents opportunities for community development professionals to pursue another LEED — local economic and employment development for our communities. From The Wall Street Journal, which devoted a special section on March 24, 2008 to “ECO:nomics — Creating Environmental Capital,” to The New York Times Magazine’s “Green Issue” on April 20, 2008, to National Public Radio, which reports almost daily on the varied nuances of green practices, there’s no shortage of media attention to sustainable development. The challenge remains for us to make “green” real for all American communities.

As the buzz spreads, local initiatives are sparking up and striving to define “green.” State and local governments are promoting energy efficiency and exploring renewable energy options. Traditional environmental efforts continue to focus on waste and pollution reduction. Communities are turning vacant land into urban farms to grow fresh produce locally. Perhaps above all, the public is beginning to better understand and accept that reducing emissions is imperative to combating climate change.

It is this imperative, more than any other, which has moved green from a lot of talk to the engine of profound market change that is creating a host of job opportunities. But in a society with a widening gap between the haves and the have-nots, the question of who benefits from the advent of the green economy remains open. Community development practitioners have a vital role to play in ensuring that the answer is both inclusive and equitable.

What Kind of Jobs?

Under the leadership of Green For All, a national movement is arising with the mission to “build a green economy strong enough to lift people out of poverty.” This nascent coalition was launched at the Clinton Global Initiative in 2007. It grew out of the work of Van Jones, who founded the Oakland, California-based Ella Baker Center for Human Rights in 1996. Green For All is advocating for governmental commitments to job training, employment, and entrepreneurial opportunities in the green economy, especially for people from disadvantaged communities.

In March, Green For All, in partnership with the Apollo Alliance, the Center for American Progress, and the Center on Wisconsin Strategy, released “Green-Collar Jobs in America’s Cities.” To spur the creation of green-collar jobs and opportunity in local communities, the report offers 14 case studies of successful green-collar job training programs in 11 communities on both coasts, as well as in the Midwest and the South.

“Green-Collar Jobs in America’s Cities” defines these jobs as “well-paid, career track jobs that contribute directly to preserving or enhancing environmental quality.” The report notes that like blue-collar jobs, “green-collar jobs range from low-skill, entry level positions to high-skill, higher-paid jobs, and include opportunities for advancement in both skills and wages.”

While the global economy has resulted in a steady loss of American jobs as corporations outsource production and service operations, the report emphasizes, “Green-collar jobs tend to be local because many involve work transforming and upgrading the immediate built and natural environment — retrofitting buildings, installing solar panels, constructing transit lines, and landscaping.”