Chinese bloggers called it a “nail house”—a private home in the Chinese city of Chongqing that became a thorn in the side of local authorities and big-business interests. Its owners, martial-arts expert Yang Wu and his wife Wu Ping, defied powerful developers by refusing to make way for a major construction project since 2004.

The startling visual of the couple’s house—on a spit of land high above the construction site where work came to a halt because of their intransigence—and their battle to protect their property grabbed the attention of news outlets around the world. On a busy news day in late March, it even wound up above the fold on page 1 of The New York Times.

Private-property rights in China are brand new—the National People’s Congress ratified them in early March, a nod to the acquisitive habits of the country’s growing middle class. And they’re still highly controversial in a country suspended somewhere between a communist command economy and unrestrained capitalism. Beijing’s sensitivities about the shift led authorities to pull China’s premier business magazine, Caijing, from sale in mid-March because the issue’s cover story scrutinized the new rules.

One thing is certain: China’s freshly minted property protections clash with business as usual in the development-driven economy, not to mention communist ideology about the evils of private ownership. Chinese people are routinely, often forcibly displaced from their homes for both public and private projects. Protesters risk physical harm or worse.

In April, the couple settled with the developers and the house was razed. Nevertheless, Yang Wu and Wu Ping have become folk heroes to the masses of Chinese who’ve lost their homes to the wrecker’s ball. It’s enough to make the American debate about eminent domain seem reasoned and tame.

It’s Not Actually About Ownership 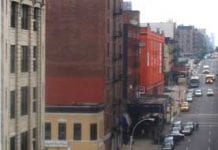 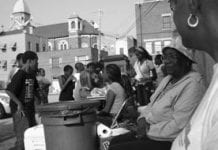