Last spring, USA Today ran a story with the headline “Gentrification: A Boost for Everyone.” A little more than a week after the story appeared, it showed up on the web sites of a variety of organizations and media, including Smart Growth America, the Urban Land Institute, Nation’s Building News and The Real Deal (a web site about New York real estate). Here at last, the headline suggested, was evidence that gentrification could be the rising tide that lifts all boats.

The widespread press coverage of the new wave of displacement studies is part of a broader effort to rescue the word “gentrification.” In the 1970s and 1980s, “gentrification” became familiar because it seemed to summarize all of the market failures, polarization and injustice that shaped life in America’s inner-city communities. Developers and public officials learned to defend their actions against the “g” label, because the word served as a powerful rallying cry. But advocates have become much more bold in recent years (the prominent architect Andres Duany even wrote an article titled “Three Cheers for Gentrification” for a conservative magazine), and the new studies certainly provide a boost for anyone who wants to encourage gentrification.

But a far more subtle and ambiguous portrait emerges if one looks beyond the USA Today headline and reads the original studies – a national analysis by Lance Freeman, a Columbia University professor; a New York City case study by Freeman and Frank Braconi; and a Boston study by Jacob Vigdor. Based primarily on statistical analyses of housing surveys, these studies were careful to avoid making any claims that gentrification is a “boost” for anyone. But they did challenge the conventional wisdom by demonstrating that disadvantaged renters living in gentrifying neighborhoods have lower rates of mobility than similar renters living in non-gentrifying areas. One interpretation is that the improved public services and other neighborhood conditions brought by gentrification offer incentives for poor renters to find ways to remain in their homes – even in the face of higher rent burdens and other stresses. But this interpretation does not mean that we should ignore or dismiss concerns about displacement.

Much of the debate about gentrification and displacement involves struggles over definition. Although it is often equated with neighborhood improvement, in reality gentrification is a process of class transformation: it is the remaking of working-class space to serve the needs of middle- and upper-class people. Sometimes this does not displace people from their homes, but from their jobs (as when factories are converted to luxury housing); at other times upscale housing is developed on vacant land. In any case, when an established working-class residential area becomes attractive to investors, developers and middle-class households, the risk of displacement can become quite serious.

The new research made us wonder if poor people remain in gentrifying neighborhoods because of the market or in spite of it. With a grant from the Fannie Mae Foundation, we set about exploring these questions in New York City. We expected to find evidence that some low-income residents do manage to remain in gentrifying neighborhoods, but we also anticipated that displacement pressures continue. We also paid careful attention to the mix of market forces and public policies that sometimes allow low-income renters to resist displacement.

Displacement – A View from Below

Displacement is extremely difficult to measure. Yet we can get some sense of the scale of the problem from the 2003 American Housing Survey, which included a question on reasons for moving. The survey showed that in the previous year, about 225,000 renters with incomes below the poverty line had moved at least once and cited cost pressures among their reasons. Of these, 96,000 were directly displaced either by private landlord or government actions.

When we narrow the focus to gentrifying neighborhoods, however, it becomes trickier to measure displacement. By definition, it’s hard to find people who have disappeared from the places where we’re looking – especially in neighborhoods where gentrification and displacement have been underway for 30 or 40 years. Fortunately, in the case of New York City, it is possible to use multiple methods to measure the links between gentrification and displacement. We drew on a special survey that is unique to New York (the New York City Housing and Vacancy Survey, NYCHVS), and then we undertook in-depth field research and interviews in seven gentrifying neighborhoods (Park Slope, Fort Greene and Williamsburg/Greenpoint in Brooklyn; the Lower East Side, Chelsea/Clinton, Central Harlem and Morningside Heights in Manhattan). We interviewed a total of 33 residents and community organization staff in these neighborhoods, along with legal services attorneys and city agency staff who monitor housing and homelessness issues.

Many of these neighborhoods experienced some gentrification in the 1970s and 1980s, but respondents explained that the reinvestment that occurred towards the end of the 1990s and continues today is of a scale and pace that is unmatched historically. Gentrification since the late 1990s has transformed New York City, pushing into neighborhoods that had been devastated for decades. During this period, gentrification expanded beyond the neighborhoods with appealing housing stock and excellent transportation access, into those with considerably less desirable housing, challenging transportation connections and few amenities.

The booming housing market, fed in part by low mortgage interest rates and enormous demand, trickled down to neighborhoods in the form of skyrocketing rents, condominium conversions, new construction and conversions of buildings that were former single room occupancy hotels. Much of Harlem’s outstanding brownstone stock has been transformed during this period from low-cost renter housing to homeownership and high-cost apartments. The average apartment in these buildings now rents for more than $1,700. People from across the city described almost unprecedented pressure from landlords who push tenants out in order to capture higher rents, including tenants who should have some protections under rent regulation.

Within this general picture of neighborhood change, we used the NYCHVS to capture the total number of renters displaced during the 1990s. Our analysis revealed that 176,900 renters were displaced between 1989 and 2002. Displacement worsened slightly during the 1990s, reaching nearly 10 percent of all moves, and displaced renters were forced to look farther afield for housing in Queens, the Bronx and more distant parts of Brooklyn.

But our field research also revealed important limitations in these quantitative estimates. Displaced renters literally disappear from the housing survey if they leave the city. In Fort Greene and Harlem, two communities with large black populations, we learned about the reverse Great Migration to the South. In communities with large immigrant populations, older and even younger immigrants return to their country of origin when they are priced out of their housing. Still others move out of the city to Long Island, New Jersey and upstate New York. Other displaced renters double up with family or friends or they move into shelters or onto the streets. Some CDCs and neighborhood groups reported that 2002 was the first year since their organizations were founded in the 1970s that they referred people to homeless shelters. Those who are most vulnerable to displacement, and those who must endure its greatest hardships, are invisible in the dataset. Unfortunately, these are precisely the kinds of crises that residents and organizers described to us.

Surviving the Market – With Assistance

Many poor people have managed to stay in gentrifying neighborhoods. Not surprisingly, residents appreciate many of the changes taking place in their neighborhoods – increased safety, less overt drug dealing, better transportation, improved governmental responsiveness and more stores. After all, many of these long-term residents have been working to make just these improvements for decades. But they don’t remain merely to appreciate the improvements occurring in their neighborhoods. They remain because these are their communities. Their families, networks and lives are all there.

Those who remain, by and large, receive some form of private or public assistance. Rent regulation is the most frequently cited form of support. It is followed by a suite of programs that includes public housing, housing vouchers, an exemption from rent increases for senior citizens, project-based Section 8 and a state version of the latter. Homeowners of one to three-family properties are protected by low tax rates for homeowners and a property tax cap.

Data collected by the New York University Furman Center suggest the importance of the rental programs: more than half of all housing units in New York City are either rent regulated or controlled and less than a third are unregulated. Only one out of 15 poor renters living in a gentrifying neighborhood is able to do so in the unregulated rental market.

Other tenants benefit from what is described as the informal housing market in which landlords charge less than market-rate rents, often to tenants they have known for decades. Still other poor people remain in gentrifying neighborhoods by doubling up, living in substandard housing or paying a high percentage of their income for housing.

Capturing the Benefits of the Boom

Poor people appreciate neighborhood improvements as much as anyone else. But few among the poor view gentrification as a benevolent market force that gives them a reason to stay. Poor renters living in areas “rediscovered” by wealthy and middle-class people find themselves in a constant struggle to avoid being displaced.

The unfortunate paradox is that studies showing low mobility rates among the poor are being used to vindicate gentrification and to dismantle precisely those policies that help to cushion its worst impacts. Contracts on federally assisted housing are coming due, forcing tenants to organize every few years to negotiate with landlords and HUD to preserve thousands of units of affordable housing. Thousands of units formerly controlled by state regulation have been lost to vacancy and luxury decontrol, which enable landlords to remove units from the regulated housing stock under certain conditions.

Residents who remain in gentrifying neighborhoods fear that it is just a matter of time until they are displaced. Instead of appreciating the changes wrought by gentrification, these citizens are organizing to create neighborhood norms that value mixed-income communities. They are organizing to press city government to adopt mandatory inclusionary zoning requirements in order to capture some of the benefits from the current building boom. And they are joining national coalitions to press Congress to stop cuts to federal housing programs. For them, the experience of gentrification is not a boost. It is the daily threat of displacement – for themselves, their families and their communities. 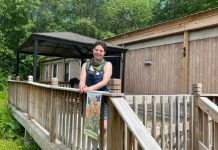 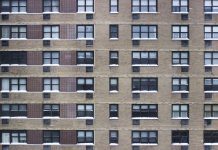 What Can Be Done When LIHTC Affordability Restrictions Expire?