The Clinton neighborhood, also known as Hell’s Kitchen, sits in the western middle of Manhattan. From the urban disinvestment of the 1960s through the 1980s, it was the scene of intense political activism to protect housing for working class and middle-income residents.

In the 1970s and 1980s, Clinton residents responded to landlord abandonment of rental housing units by converting them to limited equity cooperatives (LECs) through a city government program. Residents bought shares in their buildings and collectively governed and sometimes managed them through a shareholders’ association and board.

Today, Clinton’s geographic location and social history make it one of the leading battlefields of the forces promoting and opposing gentrification. The housing market stands in sharp contrast to the disinvestment that spawned LECs. Affordable housing opportunities in the area have almost evaporated, leaving the cooperatives as lone holdouts in an increasingly overheated housing market.

During the summer of 2002, The Housing Environments Research Group, a program of the Graduate Center at the City University of New York, was hired by the Clinton Seed Fund to study the current needs of LECs in Clinton. The fund was established as a result of negotiations in 1980 among the city, community leaders and the developer of a state-subsidized complex for artists in the neighborhood. Since the fund’s creation, LECs have used it frequently to obtain low-interest loans for building improvements; by 2001, they were responsible for most of the applications the fund received. Escalating development costs and shrinking housing subsidies led the fund to focus on preserving LECs as the only remaining affordable housing option in Clinton.

Housing Affordability and Quality
Among cooperative residents’ main concerns at the time of the study was that LEC apartments were being sold for prices too high for low-income residents to afford, thus threatening the supply of affordable housing in the future. They were shocked to see the increases in ground rents – a measure of the income landlords earn on their property – that had occurred in the neighborhood during the 1990s. The inflation-adjusted gross rental income grew in over 67 percent of the Census tracts in New York City, but the rates of increase in Clinton were much greater. The ground rents reached the same levels found in the wealthiest areas of New York such as the Upper East Side.

Since most households in LECs do not have mortgages due to the historically low cost of shares, monthly maintenance fees are comparable to rents. The 2000 Census shows that in Clinton’s eight Census tracts the median rents ranged from $529 to $1,300. All LECs have monthly fee ranges lower than the median rent for the Census tract in which they are located. Only 21 percent have monthly fees comparable to the rents in even the most affordable Census tract; the remaining 79 percent of cooperative charges range from below $265 to $481 per month. Thus LECs are an important source of affordable housing and diversity in this neighborhood and it is extremely significant for some residents. “[Living in an LEC] saved my life; at my income level I would be homeless,” says one resident.

Residents who are artists, teachers and in other public roles work at jobs they consider personally fulfilling, but they can still live in Manhattan. As one Clinton resident comments: “It made me able to live as an artist without preoccupying myself with housing.” LECs give stability to residents’ lives and to the community as a whole. Over 80 percent of respondents to a survey said they had lived in their building for more than 10 years.

Low housing costs maintain the cultural character of the area, as well as its ethnic diversity. Shareholders are 56 percent white, 33 percent Latino, 6 percent African-American and 5 percent other ethnic groups.

But fissures around class and race threaten the democratic nature of cooperatives and their affordability. Residents with more education, white residents and those who earn more money take up more leadership roles. Non-white residents pay a higher proportion of their income for their monthly charge and have an average income range of $20,000 to $25,000, compared to white residents’ average of $40,000 to $45,000.

Besides the issue of affordability, many residents are also concerned that deferred maintenance and financial instability will become problems in their buildings. The Urban Homesteading Assistance Board, a New York organization that provides education and services for cooperatives, keeps track of LECs that fall into tax arrears or show other signs of financial trouble. It found that none of the buildings in Clinton were considered troubled, indicating that most used prudent management strategies. Self-managed buildings reported functioning in a more up-to-date manner (recently developed budgets, recent elections of building officers, etc.) than those managed by community organizations.

The physical condition of LECs is of particular concern. In the early days of LECs in the neighborhood, the city program that provided some financial support for their development allocated little money for rehab work. The low incomes of residents led many LECs to keep monthly charges (and therefore money available for repairs) as low as possible. But a recent survey of building conditions found that LECs were actually in better shape than their neighbors.

Resident involvement and leadership have proven key to maintaining well functioning cooperatives. They lead not only to better management quality and better physical conditions, but also fewer social problems like crime, noise and graffiti, and fewer residents who want to move.

Organizing and Activism
Social ties and mutual responsibility are important ingredients in maintaining a high quality of life in Clinton’s LECs. When a sense of community is achieved, residents appreciate its advantages: “If I need help, people in the building are there for me; I feel safe going to the board.” This provides an incentive for residents to try to work together effectively, even across differences in ethnicity, income, education and other personal qualities.

Residents make it clear that maintaining good relationships is one of the biggest challenges in many buildings. One resident who has lived in his building since before it became an LEC speaks from experience: “It took a while for people to get to know and trust each other, especially for the life-long residents to trust the more recent tenants. Once people got to know each other, however, things ran relatively smoothly and successfully.” Another resident raises a pressing issue: “Recently… people are not as interested [in their LECs] and are burnt out and tired.” Indeed, downsides to living in a cooperative include time invested, lack of privacy, frustration with other tenants’ low participation and more trouble in general than renting.

Nonetheless, a strong majority of residents consider the effort LECs require to be worthwhile. They see personal advantages such as safety, the chance to learn new skills, and more control over repairs and how the building’s money is spent. In addition, they see community benefits: “[Living in an LEC has] increased my responsibility to the building and the community;” “It keeps the neighborhood very diverse by having lots of LECs in the area.”

The cooperatives help to build activism in the neighborhood by promoting community participation and creating spaces for interaction. The social and leadership skills that residents learn increase their resources and motivation to participate. This was apparent in the first neighborhood meeting to discuss the LEC study, as it quickly became an organizing meeting for collectively addressing shared problems. Twenty-four LEC leaders turned up to find out what was happening. A similar number came out on a bitterly cold night in January 2003 to hear the results of the study. Latino and white residents spoke with passion of the conflicts in their buildings over the economic opportunities of high resale prices versus the needs of low-income residents. They wanted to find legal means to protect the affordability of their housing while being fair to all residents. As importantly, they wanted a broader dialogue about the values of inclusion and democratic participation that are the underpinning of LECs. They also wanted to find a way to get the ear of the politically powerful to protect the less affluent.

After the study was completed, the Clinton Seed Fund hired the Housing Conservation Coordinators (HCC), an affordable housing activist group based in the neighborhood, to develop shareholder outreach, training and support. HCC had not previously had any special approach to cooperatives; it had offered the same services as provided for renters. Now the group offers a wide range of programs for LECs and has a database of shareholders for use in outreach in other campaigns. However, due to the small amount of money it can devote to this project, HCC has relied on young and inexperienced staff. They are long on technical expertise and ideas, but may need to work with more experienced organizers and people who are more embedded in the community to reach a wide segment of shareholders.

Lessons and Directions
The situation in Clinton suggests some lessons that community organizations need to take seriously. The first is the importance of achieving actual ownership of property in the struggle for community control. The cooperative ownership form is widely ignored in the United States, with the exception of agricultural, electrical and water cooperatives in the Midwest. They achieve a form of control that buttresses the legal restrictions, state services and public policies more often targeted by activists. Limited equity housing cooperatives provide high-quality housing, skill-building experiences and greater vigilance about the continued upkeep and affordability of housing compared to most ownership forms for low-income people.

Effective cooperatives also teach democratic processes and sustain democratic values. They work against the grain of today’s political and personal ethos by requiring mutual responsibility and collective action, and allow residents to discover the hard-won joys of strong and not altogether voluntary social bonds. The work of collective ownership also pays off in residents’ having control over their own homes (something they highly value). While cooperatives only work when there is ongoing education that leads to good board, shareholder and management practices, they routinely provide better housing, more personal control and more opportunities for civic engagement than other low-income housing forms. In Clinton, they have held out against gentrification better than these other housing options.

A second lesson is that obtaining and keeping property rights in this era requires more than mere title. Community activism must precede, accompany and defend access to affordable housing and true collective control of it. Once LECs have been established, they stabilize a residential niche for lower income people in the community. But it takes constant and skilled organizing to engage that population in both the ongoing work of collective ownership and issues that affect the fate of the larger community. If the only goal were affordable housing, then the strategy might not appear cost-effective. But if the goals include incorporating lower income and minority residents into community self-determination and the politics of the city, state and nation, then the effort is worth it. Residents also learn what it takes to achieve these kinds of relationships and how to work out balances of individual and group needs. As our national culture rushes headlong into excesses of individual responsibility and personal ownership of your own disease, poverty and debt while shareholders of corporations get rich, this is an important countervailing experience. 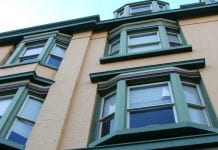 Giving Tenants the First Opportunity to Purchase Their Homes 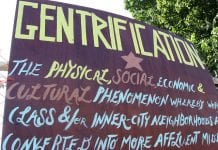