Why the Community Reinvestment Act Must Be Expanded Broadly Throughout the...

Josh Silver - September 14, 2020
The financial industry has been one of the main perpetrators of racial discrimination. It should be obligated to serve all communities, particularly communities of color.

Josh Silver - October 30, 2017
In 2010, the scattered enforcement of consumer protection and fair lending laws across several agencies would end. The CFPB would have broad oversight over banks and non-banks, and though not perfect, this model has produced some impressive results.

The Community Reinvestment Act at 40: A Careful Review of the...

Josh Silver - September 14, 2017
A review of HUD's Cityscape issue, which is devoted to reviews and studies of the Community Reinvestment Act at its 40th anniversary.

SoFi, Not So Good: Is This Virtual Redlining?

Josh Silver - July 27, 2017
SoFi is practicing product segregation. It wants to serve affluent people with its best products and shunt low- and moderate-income borrowers into inferior products that do not meaningfully serve credit needs.

Josh Silver - June 23, 2017
A recent Treasury Department report on bank regulation and policy promotes changes that would move us backward when it comes to building a financial system that is equitable, efficient, and protects consumers and communities from abusive practices.

CFPB: Government for the People

Bill Bynum - January 23, 2017
Those of us who work in regulated industries, such as banking institutions and credit unions, often succumb to the temptation to see government regulators...

All the Fury Over CFPB Ignores Its Modest Mission

Gregory D. Squires - December 15, 2016
Ever since its creation, the Consumer Financial Protection Bureau (CFPB) has been the focus of heated controversy, with banks...

The Fight for Full-Time Work in San Jose

Pablo Nervaez - July 25, 2016
Unpredictable hours lead to unpredictable cash flow, which is a barrier to budgeting and saving. One response to this, the Opportunity to Work Initiative, would require that San Jose employers give more hours to part-time employees before hiring new staff.

Why Are Biased Banks Getting High CRA Marks from Regulators?

Josh Silver - July 22, 2016
The Community Reinvestment Act (CRA) statute has a statement of purpose affirming that banks “are required by law to...

Fairness and The Financial System

Bill Bynum - July 8, 2016
Trying to bring fairness to financial transactions for everyday people has long been both an avocation and passion for...

Josh Silver - December 17, 2015
Community organizations are generally aware that when a bank wants to acquire another bank, it must submit a merger...

Unfriend Your Neighbor to Get a Loan?

Miriam Axel-Lute - September 17, 2015
Want to be that one person who bootstraps themselves out of poverty and makes it, against all odds? Not...

Miriam Axel-Lute - July 7, 2014
This weekend I encountered a representative of an energy service company on my porch. He was flashing a badge at... 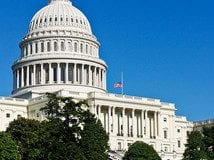 Ethan Handelman - May 19, 2014
If Congress doesn’t fix our housing finance system sooner rather than later, people all around the country will feel...

Brent Kakesako - May 5, 2014
How can we measure the impact of incentivized youth savings beyond just financial impacts?Hawai‘i Island ‘ohana participating in the... 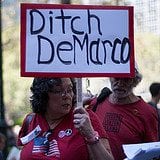 Shelterforce Staff - February 6, 2014
The National Community Reinvestment Coalition last week brought together a panel of experts to discuss the future of housing... 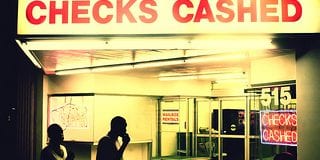 If Banks Aren’t Serving the Poor, Who Is?

Lisa Servon - January 22, 2014
Over the past few months I’ve written short pieces on my work as a teller at a check cashing... 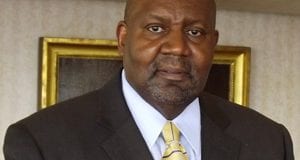 Got Something to Say? We’re Listening

Kenneth Wade - July 29, 2013
In my experience with both the nonprofit and corporate worlds, I have seen how the most effective leaders pay...

Shelterforce Asks: Should Rep. Watt Take the Helm of the FHFA?

Shelterforce Staff - May 13, 2013
As Senate Democrats and Republicans gear up to battle over President Obama's nomination of Rep. Mel Watts (D-N.C.) to...
12Page 1 of 2