As the U.S. continues to grapple with issues of racial equity and justice, equitable development planning has emerged as a tool to address systemic inequity and advance inclusive investment strategies. In 2018 and 2019, JPMorgan Chase provided funding to 23 communities through the PRO Neighborhoods Competition to support the development of plans to advance equitable development in a range of neighborhoods experiencing disinvestment and neglect, including predominantly Black communities, racially and ethnically diverse low-income areas, and chronically distressed neighborhoods.

We had the opportunity to learn about the progress of these grantees by reviewing their final plans and interviewing a selection of the grantees. We’d like to share three key insights from their work.

No. 1— Root Equitable Development Planning in a Community’s History and Its Residents’ Experiences

In many cases, current neighborhood distress stems in part from unjust past policies and practices. By recognizing this history, and its continued disparate impact, communities can work to dismantle inequitable practices and construct new ones that explicitly and intentionally prioritize equity. This was the case in Baton Rouge, Louisiana, where one grantee, Build Baton Rouge (BBR), worked with residents to develop an equitable development plan as part of larger planning effort to address transit and public investment. BBR rooted the Imagine Plank Road plan in the community’s history, experience, and vision for the future.

The plan begins by chronicling the history of the neighborhood, including the white flight and disinvestment the area experienced following the end of segregation in the later part of the 20th century. As Christopher Tyson, executive director of BBR, explains, “If we begin with history, we remove the stigma from the people. . . . If you ride through Black communities and all you see is a collection of people who make poor choices, then you’re going to embrace solutions that likely further penalize, stigmatize, shame, and demean those people. If, however, you understand the failures of urban planning, finance, public and social policy, you are able to begin with people being humanized, valued, and centered.”

BBR led an experiential and participatory community engagement process, which included collecting favorite memories of the neighborhood through a visioning survey, a neighborhood tour (called Walk the Plank) where participants shared their visions for specific sites, a street festival, and a food truck event featuring neighborhood- and Black-owned vendors, and a neighborhood cleanup and public art event. Planners attended the events and collected data to inform the plan. In addition, the planners solicited input through a hashtag (#ImaginePlankRoad), used social media to engage residents, and created a weekly newsletter. As Tyson explains, they strove to “drive a more authentic, experientially based engagement process that deliberately engaged Black and Indigenous people.”

BBR engaged community members in conversations about race and racism to help identify systemic barriers to growth and opportunities. Preserving the history and authenticity of the neighborhood was a primary concern of corridor residents who wanted to ensure that the rich cultural history would not be lost, but instead strengthened through investing in existing residents and institutions. The resulting plan explicitly addresses race and class history, acknowledges the marginalization of Black neighborhoods as a central feature of 20th century spatial development, and prioritizes the preservation of community culture and attracting and growing Black-owned businesses.  The projects and investments recommended in the plan are designed to meet the needs identified by the community, which is 96 percent Black and where one-third of the residents live in poverty. The seven development projects listed in the plan include new housing and childcare services, a civic center, a food incubator that will advance community through culture, and a park for recreation. In addition to the development projects, the plan investing in loan repayment and forgiveness programs to support local area businesses and return vacant land and buildings to commerce, and establishing a community land trust to prevent displacement.

To remedy the effects of inequitable policies and practices, residents of disinvested neighborhoods need information, tools, resources, and authority to lead development efforts in their communities. To that end, the best equitable planning processes do not simply ask residents to express their views. Instead, they empower residents by including them in defining the goals of development projects, build on skills and leadership residents develop during the planning process, and propose strategies for continuing to build community leadership when implementing the resulting plan.

Consider, for example, The Real Estate Council (TREC)’s experience in Dallas. TREC engaged residents through surveys, partner and community meetings, and focus groups to identify the types of physical investments that residents would like to see prioritized in their neighborhoods. In addition, TREC used mapping technology and hired community members to conduct a door-to-door survey. The team mapped each parcel and collected information from residents about their needs.

The plan that emerged from TREC’s planning process, Community Driven Growth, identifies strategies for continuing to develop community leadership in each target neighborhood through education, community organizing, community benefit agreements, and resident representation in future decision making. A few of the specific strategies identified in the plan include coordinating resident advocacy by bringing multiple local groups together to form a “super neighborhood organization” that can represent more than one area, working with the city council to change the times of zoning meetings so working residents can attend, planning for resident oversight in community land trusts, and promoting voting in municipal elections.

No. 3— Integrate Environmental Justice Concerns Into the Planning Process

Residents of many disinvested neighborhoods contend not only with economic challenges, but also environmental ones, such as industrial pollution, lead poisoning, and contaminated water. There’s an efficiency in addressing both development and environmental inequities at once since there is significant interplay between a community’s economic and development prospects and the quality and safety of its natural and built environment.

South Florida Community Land Trust took on the dual challenges to the development of affordable housing posed by planned transit expansion and rising sea levels in developing the plan South Florida’s Coastal Housing Link. One of the primary environmental challenges facing residents of South Florida is the rising sea level. Though wealthy, mostly white residents of the coastal communities can escape the threat of floods by moving to higher ground, many Black, Latinx, and low-wealth residents do not have the means to do so. Additionally, as moving inland becomes more desirable, wealthy white residents are encroaching on existing Black, Latinx and low- and moderate-income communities.

[Related: Deciding Not to Rebuild After Climate-Related Disasters]

At the same time as residents of South Florida are grappling with rising sea levels, plans are underway to build a new rail line that will run through 27 neighborhoods. In anticipation of the new line, the South Florida Community Land Trust led the development of a parcel-level analysis to identify opportunities to develop and preserve affordable housing proximate to the planned transit line. From there, the planners overlaid a flood map on the area to identify land likely to be safe from flooding. The land trust is now working to purchase land parcels that are both safe from flooding and located near future transit stations. The resulting plan responds to the community’s articulated priorities, which ranked access to transit as the top priority and protection from future flooding and effects of climate change second.

Learn more about the work of these organizations’ equitable planning efforts in this recorded Abt webinar. More information on equitable development planning can be found in the Harvard Joint Center for Housing Studies’ report Ingredients of Equitable Development Planning, Government Alliance on Race and Equity’s Equitable Development as a Tool to Advance Racial Equity and NALCAB’s Guide to Equitable Neighborhood Development. 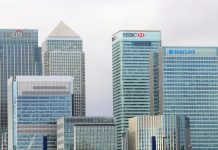