Everyone should be safe and secure in their homes, their neighborhoods, and going about their lives, no matter who they are, what they look like, or where they have chosen to live. This is a pretty basic statement, and yet it’s one that is clear this country has not lived up to—especially for Black Americans.

People in the housing field who have long fought for fair lending, fair housing, and integration are well aware that the promise of the civil rights movement, in terms of free choice to live wherever one chooses in peace, has not been realized. Many have pointed out, as Gail Schechter of HOME recently did, that open housing was the primary focus of the civil rights movement in the North, and it faced virulent opposition. Despite legal changes prohibiting explicit racial discrimination in housing, it continues through unspoken biases and through rules and systems that compound and perpetuate the disadvantages Black families were left with as a result of legally allowed discrimination.

There is an understandable desire to connect this knowledge to the fight against police violence. And I think they are connected. But we need to be careful about how we understand that connection if we really want to dismantle it.

Police Do Our Dirty Work

In a New York Times op-ed in early July, Betsy Hodges, the mayor of Minneapolis from 2014 to 2018, called out white liberals for blocking systemic changes that would have advanced racial equity. Hodges said it was extremely hard to generate support from white liberals for changes in school funding that would advance equity or in zoning that would advance fair housing, even while they profess support for racial equity and support smaller measures that don’t make them feel uncomfortable. Racial segregation within the city has actually been increasing since 2000. It’s a powerful and important point, and the op-ed is worth a read.

But along the way Hodges describes the police as aware that they were being asked to handle the results of our unequal system. “White liberals like me ask the police to do our dirty work,” she wrote, “dealing with the racial and economic inequities our policies create.”

She’s not wrong. That is part of what’s happening. Certainly one of the arguments for defunding the police is that we have asked them to solve every problem, whether that problem is suited to their skill set or not.

When we don’t fulfill people’s basic human need for housing, and then criminalize homelessness and ask law enforcement to “deal with it,” we are asking those agencies to handle something they are not trained for or able to provide the actual solution for. Even if we set up pathways to explicitly give police a nonpunitive option to offer, such as case management that should lead to housing, as in the LEAD (law-enforcement assisted diversion) program, if there isn’t enough housing for them to offer, it’s still not going to solve homelessness.

Similarly with mental health crises—sending armed people who are trained to react to anything less than total predictability and obedience with violence to respond to mental health situations is an obviously inappropriate way to deal with the results of an underfunded and nonfunctional mental health system.

But is the relationship of policing to segregation the same as its relationship to homelessness and mental health?

A study published in December 2019 in the Journal of the National Medical Association looked at racial disparities in who is killed by police and found markedly higher rates in more segregated cities. In other words, in those cities that are more divided into mostly-white and mostly-Black neighborhoods, the rate at which police are more likely to kill Black people than white people increases substantially.

Schechter took this to mean police violence is the direct result of segregation, though the reason this would follow is unclear.

I take it to mean that police violence is necessary to maintain segregation, and deployed for that purpose.

Police involvement with residential segregation looks like aggressively responding to Black people who are perceived to be “out of place” or who are doing things that make white observers feel uncomfortable, but which wouldn’t be a matter of police involvement or wouldn’t escalate to violence if white people were doing them.

This is not trying to handle the fallout of segregation.

This is actively enforcing segregation.

And that has always been local law enforcement’s role. It did little to nothing to crack down on white violence against Black households moving into previously white areas (and even participated in it), but it regularly responds to exaggerated white fears in integrated environments repressively.

Gregory Smithsimon, a professor of sociology at Brooklyn College and author of Cause . . . And How It Doesn’t Always Equal Effect, notes that police violence is currently concentrated in the border lands between primarily Black and primarily white residential areas. “Police shootings peak in the middle,” he writes. “Beginning with an all-white area, they rise as the Black population begins to get bigger but is not large enough to be politically dominant. When the Black community is large enough to have significant political influence, fewer shootings occur.”

Black Lives Matter organizing focuses on police, he argues, in part because law enforcement’s ability and willingness “to violently control or harass African Americans in public space” is “a process that has contributed significantly to the ongoing residential segregation of African Americans.”

Discriminatory behavior and the race-class fallout of centuries of oppression can account for a lot of our ongoing segregation. But Smithsimon argues it can’t account for all of it. Especially for Black households with means, fear of violence and a desire not to put themselves through the exhaustion of being unwelcome and constantly subject to suspicion also plays in.

Does this mean we shouldn’t fight for more fair housing? Of course not.

But it does mean that to win it we have to address the fact that police forces are not organized to protect people, but to reduce disorder and protect capital, and in our current society integration is perceived as both disorder and a threat to property values.

That’s crystal clear in Trump’s justification for doing away with fair housing provisions at HUD.

As long as segregation is backed up with state-sponsored violence, legal remedies for it are going to remain only partially effective. This is another reason for the housing world to get on board with defunding the police. 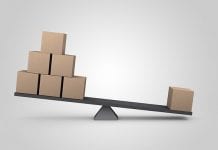 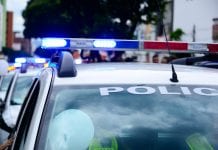