In the Shelterforce article “Is Local Control Good or Bad?”, Miriam Axel-Lute notes that many conversations about local community–driven decision making about development raise “startlingly fundamental questions about participatory democracy.”

These questions relate to power: When does community control over development and development policy truly bring an appropriate “elevation of locally specific knowledge and local solutions” to difficult decisions? When does local control simply inhibit equity and change, or continue to deny power to those who have consistently been denied it?

These questions are ever present in Chicago, where the practice of aldermanic prerogative has historically been a tool for corruption and segregation. Aldermanic prerogative is not a written policy; it’s an informal practice in Chicago city government that has long given aldermen discretion over zoning and land use decisions in their wards, including the purchase and disposition of land by the city.

Patricia Fron of the Chicago Area Fair Housing Alliance (CAFHA) explains that aldermen have tended to act on “behalf of what is good for their ward only while neglecting the bigger picture—the history of segregation and inequitable investment across communities.”

But as new aldermen work toward equitable community development, this practice also provides opportunities to build the political will necessary to change the city, creating a tension that challenges advocates, organizers, and aldermen themselves to build something new.

The Prerogative of Segregation

Over the last three years, Chicago has lost more Black residents than any other major city in the United States. This displacement has occurred primarily on the South and West sides of the city. Many cite the city’s deep segregation as one of the biggest drivers of this population loss. As one urban planner leaving the city put it to the Sun Times, Black residents have to “get out to get ahead,” leaving neighborhoods with inadequate services like public schools.

A major cause of that segregation is aldermanic prerogative.

The report “The Cost of Segregation,” published by the Metropolitan Planning Council (MPC), demonstrates how “segregation takes its toll in very concrete ways” across Chicago and argues that long-term city policies and practices such as aldermanic prerogative have created “a region where people of different races and incomes live separately from one another,” exacerbating racial wealth gaps and divestment from public and private industry on the South and West Sides of Chicago. The Chicago metro area has the fifth highest combined racial and economic segregation in the country, the report found. It contends that many aldermen in predominantly white wards are able to use their prerogative to “sway or override opportunities to build more affordable housing in their neighborhoods, inhibiting opportunities for affordable housing in areas with more resources,” and maintaining racial segregation across the city, given the racial disparities in wealth and income that still linger from structural racism.

Aldermanic prerogative, according to the report, creates a cycle that maintains segregation: wards that are primarily affluent and white tend to enact policies that maintain that status quo, including zoning that bars the building of multifamily units and the entrance of residents who might have other values. The report contends that, for affluent wards, the more that local power is wielded in a building process, the less likely it is that affordable housing will be built. The report cites a study that examined land use in 95 metropolitan areas across the country and found that “more local pressure to regulate land use is associated with more economic segregation.” The MPC report also found that in spite of the 10 percent affordable units mandate for new development required by the Affordable Requirements Ordinance, Chicago’s main housing law, there almost zero affordable housing units built in the predominantly white and high-income North, Northwest, and Southwest sides of the city.

Recent uses of aldermanic prerogative that maintain segregation have used the community for political cover. A notorious example was in Jefferson Park, a predominantly white neighborhood where community members organized protests to stop an affordable housing building from being built there. The alderman had worked against the development for years, and used these protests as an excuse to shut down discussion of the development in the citywide zoning committee. As noted in the Sun Times, “aldermen often hide behind local zoning advisory councils . . . [which act as] buffers for such decisions.” In other recent cases, aldermen have used the practice of aldermanic prerogative to indefinitely delay projects including affordable housing.

Cases like these, along with abuses described in the Cost of Segregation report and other abuses of aldermanic prerogative, such as Alderman Ed Burke’s alleged extortion of local businesses—for which he is currently facing federal corruption charges—have brought the phrase “aldermanic prerogative” into the Chicago spotlight.

In 2018 the Shriver Center on Poverty Law filed a federal complaint against the City regarding the racially discriminatory impact of aldermanic prerogative in housing. Lori Lightfoot, in her first act as mayor in early 2019, curbed the power of aldermen over many issues in their wards, such as tree removal, garbage cart requests, special event permits, and location of Divvy bike-share stations. This order was the first legislation in the City Clerk’s registrar to use the term “aldermanic prerogative.” Mayor Lightfoot also made Marisa Novara, author of the Cost of Segregation report, the head of the newly re-formed Chicago Housing Department.

The zoning and development powers of aldermen, however, remain unchallenged by the mayor.

In early September 2019, 15 Chicago community groups and the Shriver Center on Poverty Law came together to demand a change from Mayor Lightfoot: an end to the racially discriminatory practice of aldermanic prerogative, and a new model for community driven development in the city. They presented a series of recommendations, titled “Working Toward a Healed City,” that form a 20-year roadmap toward the desegregation of Chicago neighborhoods. The recommendations include the elimination of aldermanic prerogative, a racial equity impact assessment to guide the city’s land decisions and spending of state and federal funding, and a yearly review of the city’s progress toward its affordable housing goals.

Regarding zoning and land-use decision making, the roadmap recommends eliminating any current committees or processes established by aldermen to advise them on zoning decisions and replacing them with a standardized method for obtaining community input on zoning. The Chicago Area Fair Housing Alliance took part in crafting this list of recommendations.

CAFHA’s Patricia Fron says the Community Development Action Councils being proposed “will have uniform rules dictating who can serve,” including measures to prohibit conflicts of interest, and a clear delineation of the councils’ powers and responsibilities regarding development. They would be elected bodies, and they would be charged with making recommendations within the parameters of an equity-focused comprehensive plan, placing limits on how much they could act to reflexively preserve a segregated status quo.

Interestingly, the lack of standardization implicit in aldermanic prerogative can also allow for more meaningful community-driven development, pushing developers beyond inadequate citywide mandates for affordable housing in wards where aldermen and an organized community are pushing for it.

According to Noah Moskowitz, a housing organizer with ONE Northside, current citywide ordinances regarding affordable housing lack teeth and provide little incentive for developers to work with communities disempowered by long-standing structural racism. Chicago’s current standard for affordable housing, the Affordable Requirements Ordinance, mandates that 10 percent of new units be affordable in developments of over 10 units if city financing, land, or certain zoning variances are involved. “When the only standards are citywide, we lose the chance (and the context) to make developers be accountable to communities in the places where we have already built power,” Moskowitz said. Bigger victories for affordable housing in new developments often happen on a ward-by-ward level in Chicago.

The same processes that regressive aldermen use as cover for maintaining segregation also allow for progressive aldermen to take risks. Both can prove community support for the decision they want to make. “Developers can and will sue aldermen for denying them the right to build in their ward,” said Moskowitz. “Any community zoning process demonstrates that their decision is popularly backed.”

The destandardization of local zoning processes through aldermanic prerogative has allowed for deeply harmful segregation, but the city’s current political climate also creates an opportunity for progressive organizing victories.

The example of an equity-focused community zoning and development process cited as a model by advocates and aldermanic staff alike is from the 35th Ward, created by Socialist Alderman Carlos Ramirez-Rosa requires input from local community organizations, local residents, and experts. The new process is possible because of aldermanic prerogative—which Alderman Ramirez-Rosa now essentially shares with the community.

In the 35th Ward, when a developer requests a zoning change, a neighbor-led organization leads a public hearing process and ultimately makes a recommendation to the Ward office. What makes the 35th Ward different is the setting of a clear, specific process that is largely led by community members that all developers must follow, rather than a case-by-case response.

This process guided the redevelopment of a parking lot on Emmett Street, which required significant organizing in order to “accurately represent the interests of the residents of the ward.” That organizing was made possible by neighborhood organizations, like Logan Square Neighborhood Association, that have spent decades building power in the ward. Over 500 community residents attended a public meeting on this development—the community power demonstrated there successfully pressured the developer to include much more affordable housing in the development than is mandated by the city standard.

This is a victory for those building political power in the ward, made possible by the power implicitly granted to Chicago’s aldermen. Nicholas Zettel, policy director for new alderman Daniel La Spata, Ward 1, explains, “In an ironic way, those of us in aldermanic offices can use legislative power to expand comprehensive planning goals and amplify community voices, thereby limiting the singular power of any given alderman.”

Is the power mobilized by the progressive 35th Ward alderman, toward equity rather than exclusion, possible to standardize across the city, as the Chicago Area Fair Housing Alliance is proposing? As Patricia Fron of the Chicago Area Fair Housing Alliance says, there is no quick fix to segregation in Chicago. But building the political will needed to create an equitable system is a good start. 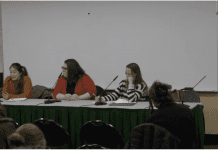 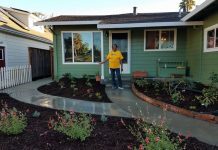