How do you describe the people you work for and with, or the neighborhoods you work in? Do you use primarily “deficit-based” language like “distressed,” “at-risk,” “vulnerable,” “blighted,” “high crime,” “concentrated poverty”? If so, you’re in good company—terms like this are ubiquitous throughout the field (including in Shelterforce).

It was more than 20 years ago that John Kretzman and John McKnight introduced the idea of asset-based community development, which encouraged community developers to try to counteract these kinds of narratives by identifying the strengths of the places they are working—social networks, history, small businesses, the talents of the people living there—as the starting place for shaping programs. The idea, and tools it spawned, like asset mapping, have definitely become an important approach throughout the field. But deficit-based language, especially in communications and calls to action, remains.

This can be a problem for multiple reasons, as panelists discussed in some detail in the conversation, “Asset-Based Language: How to Avoid the Rescue Syndrome in Our Communications” at the 2019 Opportunity Finance Network conference in Washington, D.C., on Oct. 21. Emphasizing only negative statistics and disparities tends to “other” the people and places involved—it defines them by their worst characteristics, which no one wants to do, as moderator Katie Coleman from IFF pointed out humorously by asking everyone in the room to introduce themselves to their neighbors using their worst trait.

Deficit-based language also risks reinforcing some of the same negative stereotypes and perceptions that the organizations using the language are actually fighting against, said Mackenzie Price from Frameworks Institute. It can communicate the idea that these are inherent characteristics and not the result of circumstances. It can also contribute to a dynamic where people and places are treated less as partners in a given program or campaign and more like objects of charity. “We end up seeing ourselves as helpers, not partners,” said Jennifer Oldham of The Healing Trust.

These are all very solid arguments, and very legitimate critiques of a nonprofit culture that really does struggle with operating from a position of solidarity rather than charity. Taking the time to lift and celebrate the communities, histories, networks, institutions, creativity, spirit, and strengths of neighborhoods that have long been screwed over and deserve solidarity and reparation is an extremely worthwhile endeavor.

“Abdurraqib introduces and frames each city he visited by how the black people among them are living, in terms of both beauty and struggle. The problems and disparities are present in Abdurraqib’s narrative—gentrification, economic deprivation, disaster, poor protection of queer and trans black folks. But they are carefully couched in tales that speak more to how black people are engaging with and enjoying each other, despite those problems.”

Nonetheless, I was a little skeptical of the framing of this session going in. I wasn’t sure if “asset-based” language was the answer to these problems. Some of the classic examples I’ve seen both didn’t solve the narrative problems and introduced their own. For example, flipping the phrase “at-risk youth” to the phrase “youth eager to learn” in a mission statement is so vague, it’s in danger of being meaningless. Yes, the youth an after-school program works with are absolutely eager to learn and should be honored as such, but so are lots of other kids. Programs that aren’t precise about who they are trying to reach tend to miss their mark in serving the populations who have more obstacles to access.

Perhaps even more importantly, though, using exclusively positive language can have similar kinds of problems with feeding into the “bootstraps” narrative as deficit-based language does—if everything is so great, what’s the problem? Why are we putting resources there? If we don’t name the harm that has been done and assign responsibility, are we really undoing the perception that populations and neighborhoods in trouble brought it on themselves?

General relentless positivity culture has been called out as unhealthy and unhelpful to social justice work, and for good reason.

I was extremely heartened, therefore, to find that the panelists were actually advocating for something much more subtle and powerful than merely using only positive language. They did want us to not lead with negatives when introducing a group of people or a place, and to include those asset-framed stories, which I’m completely on board with, but they weren’t suggesting we pretend there aren’t problems. Their presentation also included a lot of useful communications suggestions about making problems feel solvable and leading with shared values, such as everyone likes to help people achieve their potential. (For more of this sort of thing, see Frameworks Institute.)

However, one particularly part of the approach that the panelists were presenting stood out and seemed to largely resolve the tension I was feeling. And that was their principle “Focus on systems.”

The way to avoid the problem of having the struggles of individual people or places represent something inherent and immutable is to explicitly point out the systems at work—past and present—that cause them. If you’re talking about a problem, use language that reflects that systematic disparities and communitywide problems in fact have systemic causes, that harm has been done, and that these are not self-caused problems, and explicitly describe those systems whenever possible.

“Talk about what the factors are going into the issue,” said Price. “How did we get here? Stats alone don’t tell people why you are sharing that statistic. Don’t forget why you are telling the story.”

She added that when leading with values, we should emphasize values that uphold collective responsibility for solving collective problems. In Frameworks’ work with Enterprise on affordable housing communications, for example, these values included regional interdependence and fairness across places.

“When we focus on the individual,” agreed Ilsa Flanagan of Social Change Strategies, “it’s easy for people to say ‘Why can’t everyone do that?’ Success stories can promote the fallacy of rugged individualism.” Even if you are telling a success story, Flanagan said, take time to spell out the many supports that were required to overcome system-caused obstacles and challenges, and talk about why not everyone can access them.

In fact, when I brought up the question of naming the harm done, Oldham agreed we should, and said that the antidote to blaming the victim was in fact “telling the whole truth.” “Be more specific,” she said. “Yes, it’s more words. Give yourself that space.”

I think this is an extremely important point. It won’t always be easy—we default to commonly understood shorthand for a reason, and I can’t say that I know exactly how to elegantly and succinctly change that in everyday writing. But it’s a goal worth tackling.

Let’s not define people and places by their deficits. But let’s also commit to telling the truth about how those deficits got there. 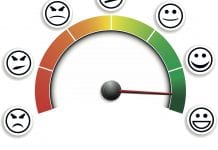 How Do We Change the Narrative Around Housing?